An $842-million project to transfer patient health-care records to an integrated, digital database has gone off the rails after three B.C. health authorities abandoned their contract with IBM, leaving 85 per cent of the job unfinished.

Health Minister Terry Lake insisted on Tuesday that the project, known as One Person, One Record, "is alive and well" and he still expects the work to be completed on budget. He described it as one of the largest health-care projects in British Columbia's history

However, the ambitious IT venture involving an estimated 1.1 million patients is behind schedule and project managers are now searching for a new vendor to take over where IBM left off.

Mr. Lake said a confidentiality agreement prevents him from explaining why the health organizations and the company "decided to part ways."

NDP health critic Judy Darcy released a leaked memo from the project-management team dated March 23 that states the three health authorities that serve Lower Mainland communities were unable to "resolve a difference of opinion about the project and the best way to conclude the design."

Ms. Darcy told the legislature the government had plenty of advance warning that the project was in trouble. "The government had an IT project that they knew or should have known was doomed to fail, yet they continued to pour more and more money into it."

She said the money would have been better invested in direct patient care. "They did this at a time when, according to the seniors advocate of British Columbia, frail seniors in B.C. desperately need more home support and rehab therapy in order to live independently in their homes for as long as they possibly can – programs that this government refuses to fund the way they should be funding."

The clinical and systems transformation project, as it is formally known, was announced in 2013. It promised to cut costs, improve preventive care and reduce clinic mistakes such as blood transfusion errors in hospitals. But the major risks identified in the capital plan were numerous, and included a warning that the vendor may not be able to meet requirements amid shifting expectations over the span of the 10-year project.

Mr. Lake said these kinds of complex IT projects are often difficult to roll out.

"Inevitably, you run into challenges wherever they are done in health care. We wanted to get this back on track as much as we could," he said in an interview. He said he now expects the project to be completed in 2019, "which is probably nine to 12 months behind where we would want to be."

However the project managers are now shying away from predicting when the project will be completed. "Specific implementation dates will be determined closer to the end of design and build," the memo released by Ms. Darcy states. "At this stage, it is too early to set specific go-live dates."

IBM has collected an estimated $72-million, Mr. Lake said, and has committed to a six-week process to turn over the "knowledge" it has developed to date.

"It is better to reset now than to get 50 per cent of the way, when you are further apart about where you think the project should be going and where it is actually going," he said in an interview.

He said "extremely valuable" work has been done to standardize admittance to health facilities across Vancouver Coastal Health, Providence Health Care and the Provincial Health Services Authority, and to improve tracking of medications for patients in hospital and after they have been discharged.

NDP Leader John Horgan, however, noted this is just the latest example in a string of B.C. government IT projects that have run into trouble. In another high-profile case, the province's new $182-million computer system for welfare and child-protection services has been widely criticized for technical flaws, privacy risks and bigger workloads.

"Today, the people of British Columbia were shown the ineptitude of the B.C. Liberals when it comes to managing their dollars," Mr. Horgan said. 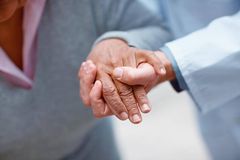