Internal government documents show blood tests used to check for Lyme disease aren't very accurate, says a patient who filed a Freedom of Information request because of her concerns about health care standards.

"One of the experts talked about the Lyme disease test only having an accuracy or sensitivity of about 43 per cent, which is absolutely abysmal," said Gwen Barlee, a director of the Vancouver-based Wilderness Committee.

She routinely files Freedom of Information (FOI) applications on environmental issues, but she suffers from Lyme disease and in recent years has made several information requests related to the disease.

B.C.'s top provincial health officer dismissed Ms. Barlee's concerns Monday, saying the province has a sound testing and treatment system for the tick-transmitted bacterial infection, and accusing her of taking material out of context.

But Ms. Barlee, who has for years been lobbying the government to improve the level of care for Lyme disease, said the FOI documents show government officials and doctors have internally questioned the adequacy of the testing methods.

"What we have been saying all along is that the testing is abysmal [in B.C.]," she said. "Here you have people in government acknowledging behind closed doors the limitations of the blood tests that we have, and so that just threw me for a loop because we need to have that discussion publicly."

Documents obtained by Ms. Barlee include a "key messages" report circulated among government communications officials in 2013 after the Canadian Lyme Disease Foundation had been critical of B.C.'s approach.

"It is very difficult to diagnose patients with Lyme disease, particularly when patients test negative for Lyme disease using the available tests for Lyme diseases which currently have a sensitivity rate of less than 50 per cent," stated one item in the document.

In a record of proceedings from a Lyme disease think tank held in April, 2013, the difficulties in diagnosing the disease are discussed by doctors, researchers, health policy leaders and advocates.

"Serological tests are not without problems and they are particularly prone to insensitivity in the early stages of the disease," stated the report in one section. "In addition, there is a risk of false positivity … alternative algorithms and strategies for testing are required due to sensitivity issues with current testing and interpretation."

One entry states that a method developed in Germany was found to have more sensitivity, with 75 per cent accuracy.

But Dr. Perry Kendall, B.C.'s provincial health officer, said the documents are just part of a larger debate in the medical community concerning Lyme disease, and Ms. Barlee is wrong to conclude the comments illustrate problems with the way B.C. tests for the disease.

"I wouldn't agree with her that we have insufficient testing or that we're under-diagnosing people in British Columbia," he said. "The two-test that is used [in B.C.] … is very sensitive and we're very confident it will pick up cases."

Dr. Kendall said the risk of infection in B.C. is relatively low because studies have shown that only one in 200 ticks will carry the bacteria that causes Lyme disease.

"If you do get bitten by an infected tick, and the tick stays on for 24 hours, there is a chance you could be infected," he said. "You may or may not develop a typical rash. You'll probably get a fever and if you've got a fever, your physician is advised to give you antibiotics on the basis you may have, or may be developing acute Lyme disease."

He added that a cautious approach is a good one and the public should feel confident about the level of care provided in the province.

Dr. David Patrick, director of the University of British Columbia's School of Population and Public Health, agreed. He said tests for Lyme disease "are insensitive in early infection (just like HIV)" because it takes time for someone who's infected to produce antibodies. But "the tests are actually quite good" at later stages of the disease. 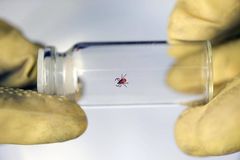 From poison ivy to ticks to leeches, summer poses some health risks
July 7, 2015 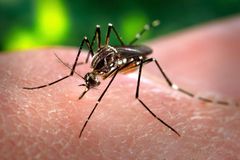 Take these steps to help prevent getting Lyme disease
June 5, 2014 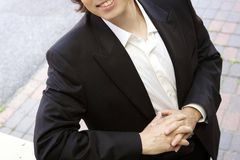