A new pilot project modelled after a successful Vancouver-made HIV/AIDS strategy will have teams of medical professionals and other front-line staff regularly check in on thousands of people in the city on opioid-substitution therapy with the goal of making sure they don't miss a day of treatment.

The Best-practice is Oral Opioid agoniSt Therapy Collaborative – or the BOOST Collaborative – was developed by the B.C. Centre for Excellence in HIV/AIDS (BC-CfE) in partnership with Vancouver Coastal Health. It is the first program of its kind in Canada and is the latest effort to turn the tide on an opioid crisis that is projected to kill 1,500 people in British Columbia this year alone.

"However, the aim is not only to improve these outcomes for people known to the teams, but also to ensure access to these services for other patients that may need treatment but are not currently on treatment," Dr. Barrios said, noting that could be another 2,000 people.

Beginning Friday, about 20 teams of three people each – comprising physicians, nurses, nurse practitioners, counsellors and others – will work together to make sure patients are receiving their medication. If a patient misses his daily dose of methadone, for example, his pharmacist would alert the team assigned to him, which would then phone or visit him. Continued treatment would still hinge on the consent of the patient.

The program accommodates the often unregimented lifestyles of those with serious addictions and those who might have trouble making a daily appointment. It would be fine-tuned based on the feedback that front-line staff receive from patients, Dr. Barrios said.

Laura Shaver, who is on the board of directors for both the Vancouver Area Network of Drug Users and the B.C. Association for People on Methadone (BCAPOM), supported the idea, acknowledging the high drop-off rates for people on treatment.

"I think it would be a great idea for many people that are, you know, a little bit unstable, for them to have a little bit of push behind them," she said. "With a bit of support, things could be a lot different."

Ms. Shaver added that an estimated 80 per cent of people at recent BCAPOM meetings reported relapsing soon after being transitioned from orange-flavoured methadone to the 10 times more concentrated, cherry-flavoured Methadose. This will likely be brought up during the pilot, she predicted.

The initial phase of the pilot will run through July, 2018, with the first formal data expected in the winter.

The length of time a person stays on opioid substitution treatment is an important indicator of treatment effectiveness; those who stay in OST longer generally have better long-term health outcomes. According to 2015-16 statistics, only about one-third of new patients on methadone in B.C. were still in treatment 12 months later.

The "highly aspiration goal," Dr. Barrios said, is to have 95 per cent of people still in treatment after 12 months: "We may not achieve that, but think about even doubling the 30 per cent to 60 per cent … and the impact that would have."

The BOOST Collaborative is built off lessons learned from a highly successful B.C. HIV/AIDS program launched in 2010 called Seek and Treat for Optimal Prevention of HIV/AIDS, or STOP HIV/AIDS, of which Mr. Barrios was director.

That program actively sought out untreated HIV-positive people through widespread testing and provided them with highly active antiretroviral therapy (HAART), which has been shown to virtually eliminate progression of the virus to AIDS and to reduce transmission by 96 per cent.

According to a continuing evaluation of the STOP HIV/AIDS program, 93 per cent of 508 participants who have since completed a baseline survey remain on HAART.

"With HIV, we used to wait until people had low immune systems before they started treatment … and then the science came in and said we need to treat them earlier and faster," Dr. Barrios said. "We learned that we needed to be aggressive."

Opioid antidote naloxone to be offered free of charge in Quebec pharmacies
September 14, 2017 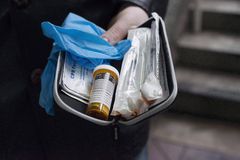 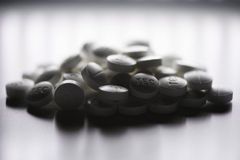 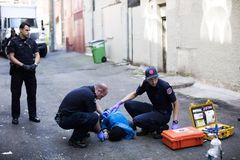