After trying to tamp down demand in Vancouver's superheated housing market with a tax on foreign home buyers, British Columbia is now tackling supply, promising to use the tax revenue to fund affordable housing.

It is not known how much revenue will be generated from a 15-per-cent property transfer tax on foreign buyers of Metro Vancouver real estate, but Finance Minister Mike de Jong said it could be considerable.

"If foreign purchases continue at the pace they've been at, it's a sizable amount of money," he said.

Money from the levy – which will roll out next Tuesday – will go toward subsidizing housing projects in the fall, Mr. de Jong said.

B.C.'s announcement of the tax earlier this week shocked the real estate sector, but economists said it could help slow down the heated housing market. Foreign buyers will have to pay an extra $300,000 on a $2-million home, for example.

Canada's hot real estate sector has been led by Vancouver and Toronto, where home prices have increased by double digits over the past year. Many experts believe international buyers have played a role in boosting the market in these two cities, leading to higher home values in surrounding communities.

Ontario Finance Minister Charles Sousa has said he is looking at the Metro Vancouver tax "very closely." Toronto Mayor John Tory, however, appeared cool to the idea, telling reporters on Thursday that he doesn't think residents want the city to "do something for show business or political purposes or even for revenue-generating."

Mr. Tory said he would be putting his faith in a federal panel aimed at addressing housing price concerns in Toronto and Vancouver – a panel that includes representation from both cities and their respective provinces.

"I am not going to, at this stage, state that I have reached a conclusion myself based on what's going on anywhere, including Vancouver, that any particular tool or mechanism should be used to try and cool off housing prices."

Vacancy rates in Vancouver and Toronto are at historic lows – under 1 per cent in most of the Lower Mainland markets, including as far away as Abbotsford, and 1.6 per cent in Toronto.

That means the money will start to flow just months before next spring's provincial election, a campaign expected to focus heavily on the unease surrounding Canada's hottest real estate market.

"We'll be looking at where we can do affordable rental or a mix of affordable home ownership and rental," Mr. Coleman said.

B.C.'s Finance Ministry says residential and commercial real estate sales in the province were close to $94-billion last year, and during a five-week period starting June 10, foreigners spent more than $1-billion on B.C. property, with more than 86 per cent of it in Metro Vancouver.

The real estate and construction industries were critical of the tax, saying it would create uncertainty in a volatile market, and critics have noted that several loopholes – such as buyers putting a new property in a friend or family member's name – could lead to many avoiding the tax.

But public demand to act on the issue is high, with nine in 10 residents of Greater Vancouver supporting the new levy and three-quarters of those who voted for the ruling Liberal party in the 2013 election saying the government should have intervened sooner, according to an Angus Reid Institute online poll conducted this week and released Friday.

Just over half of all respondents said they strongly support the move, according to the poll of 737 people. About two-thirds rated the availability for places to rent in Metro Vancouver as "really bad."

Mr. Coleman, who has been in charge of the housing file for more than a decade, said the government wants to offer developers, local governments and first-time buyers incentives to invest in new buildings and is already working on partnerships.

"[Vancouver] has got 20 sites that they have that they'd like to do some innovative stuff with. So we're looking at those sites," Mr. Coleman said.

Vancouver Mayor Gregor Robertson praised the ministers' announcement on Thursday, saying these sites occupy land worth $250-million and could be developed in partnership with the federal government.

"Definitely any funds collected from the foreign buyers tax should be directly invested into creating more affordable housing in Metro Vancouver," the mayor said in an e-mailed statement. Investing in affordable housing is essential while the vacancy rate hovers near zero and Vancouver faces an affordability crunch like never before.

Housing advocates welcomed the province's initial investment in trying to jump-start the development of more rental housing in the region, which needs about 5,000 new units each year to meet growing demand over the next decade, according to a recent Metro Vancouver regional district report.

Kishone Roy, executive director of the B.C. Non-Profit Housing Association, said the investment could offer a "critical turning point" in how all three levels of government work together to create meaningful supply.

"For years, foreign real estate investment has been coming into B.C., but that new wealth has largely gone to the already wealthy and none is shared with those most in need," he said.

David Hutniak, CEO of the LandlordBC trade association, said the government would get "more bang for their buck" if it uses this new funding to subsidize new purpose-built rental supply – not condominiums – in order to help ease the affordability crisis.

"I want to applaud the province for getting in to help support. ... This is a good start," Mr. Hutniak said. "That's not negative, that's just reality."

With a report from Tamsin McMahon and The Canadian Press

Opinion
Instead of meddling with foreign demand, we should be freeing up urban land supply
July 28, 2016 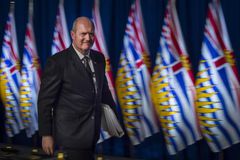 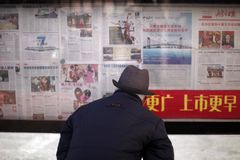 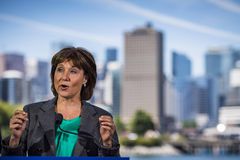