British Columbia's police watchdog has appointed its own watchdog to review the agency's handling of its very first case — the probe into the RCMP shooting death of former soldier Greg Matters.

Richard Rosenthal, the chief civilian director of the Independent Investigations Office, announced on Monday that Vancouver lawyer Mark Jette will conduct an administrative review of the agency investigation.

The announcement follows the release last week of a supplemental report into the death of Mr. Matters, who was being treated for post-traumatic stress disorder in September, 2012, when he was shot at the home he shared with his mother near Prince George, B.C.

The revelation angered Mr. Matters' family members and raised questions about the investigation.

The supplemental report released by the agency on Friday blamed the discrepancy on an unclear use of language in the original agency report but upheld the earlier finding that the officers committed no criminal wrongdoing.

The agency declined an interview, but Mr. Rosenthal said in a news release that he received a complaint, forwarded to him by the deputy attorney-general.

"After my review of this complaint, I made the decision to appoint Mr. Mark Jette as a civilian monitor," he said. "The appointment of a civilian monitor is a step contemplated by the Police Act to provide an extra measure of accountability where it is in the public interest to do so."

Mr. Rosenthal said the appointment does not reopen the investigation into Mr. Matters' death. Mr. Jette will review the investigation, not the shooting, and submit his report to the deputy attorney-general and the director of police services.

Josh Paterson, executive director of the B.C. Civil Liberties Association, said he was surprised by the development because the agency had said it was not going to appoint a civilian monitor. "We do think that it's in the interest of public confidence that when a big, kind of, error like that happens on a really big case and, indeed, the first case that they've ever taken on, that it's a useful thing to have someone independent come in, take a look," said Mr. Paterson. "It will be good for the IIO, good for the public, good for the police, good for the families to truly understand the process that was used in this investigation and to learn whether there are any improvements to that investigative process that can be applied in future investigations." Mr. Paterson said his association had written the watchdog and copied the attorney-general, but he did not know the basis of the actual complaint sent to Mr. Rosenthal.

Mr. Matters was shot in the back by a member of the RCMP emergency response team on Sept. 10, 2012. He was being arrested for assaulting his older brother during a dispute in the early morning hours the day before.

The inquest heard last month that the 40-year-old former peacekeeper was honourably discharged from the military in 2009 after a 15-year career already exhibiting signs of PTSD.

The jury also heard that Mr. Matters was unable to work due to his mental health struggles and a back injury suffered in Bosnia in 2001. He was living with his mother and surviving on a $123-a-month military pension when his sister, from her home in Australia, contacted an operational stress injury clinic in Vancouver that took him as a client.

Officers testified they had to shoot because Mr. Matters was brandishing a hatchet.

Amendments to B.C.'s Police Act created the Independent Investigations Office in July, 2011, and the agency was tasked with conducting criminal investigations into police incidents that resulted in death or serious harm. The Matters shooting was its first case. 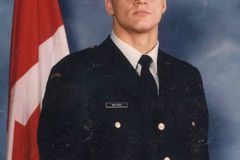 Veteran shot by RCMP asked for help in letter to prison psychiatrist
October 10, 2013 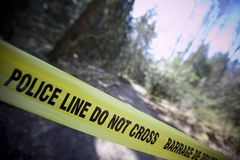 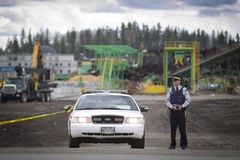