B.C. Premier Christy Clark faced her own cabinet ministers Sunday in a bid to persuade them she can still lead the ruling Liberals in a May election – despite a firestorm of criticism over her handling of a leaked memo that has stoked party dissent and raised doubts about her leadership.

Ms. Clark was under pressure to acknowledge what is widely seen as a botched response to a memo that outlined a program to woo ethnic voters (PDF) with strategies that have enraged the very groups it was supposed to win over.

"If she delivers a mea culpa, then this day is over," a senior Liberal strategist said on Sunday, shortly before the cabinet meeting took place. "If she doesn't, and she rolls into caucus [Monday], all hell will break loose."

After the meeting, ministers presented a united front, insisting the tone had been constructive and that there was no talk of Ms. Clark stepping down.

"We are as unified behind our leader as we ever have been," Energy Minister Rich Coleman said.

"The NDP are going to lose the election in May and we're going in it with Christy Clark, that's all you need to know."

Speaking to reporters following the meeting, Ms. Clark said, "I can tell you this group is absolutely united and we have a lot of work to do on behalf of British Columbians."

Referring to the ethnic-voter controversy and an investigation into the matter, she again apologized for language used in the memo.

"When you make a mistake, when somebody in your organization makes a mistake, the right thing to do is to own up to it and make it right."

According to Liberal sources, Finance Minister Mike de Jong and Mr. Coleman arranged the hastily called cabinet meeting, held Sunday afternoon in Vancouver, in a bid to defuse growing anger among members of the B.C. cabinet and caucus over the Premier's handling of the damaging memo.

That 17-page memo was released Wednesday by the opposition NDP.

It outlined a strategy to appeal to ethnic voters that included "quick wins" to be had by apologizing for historical wrongs affecting certain ethnic groups and building a stable of supporters to call in to radio talk shows. The uproar also relates to using government staff and resources for party purposes.

Ms. Clark apologized, but the statement of regret was read in the legislature last Thursday by Mr. Coleman, not the Premier.

Several members of the Premier's inner circle were furious that she chose not come to Victoria to apologize for the matter herself. Ms. Clark's deputy chief of staff subsequently resigned for her role in the outreach plan.

The leaked memo appeared to further rattle a party that is already on the defensive. There has been an increasing willingness for senior Liberals to publicly challenge Ms. Clark's handling of problems, including the resignation of her former chief of staff, Ken Boessenkool, last September.

Sources in the party suggest the Premier's response over the next couple of days will be key in shaping whether the unrest triggers a full-blown revolt. And many will be looking for direction from Ms. Clark's leadership rivals – including Kevin Falcon, who for the first time last week expressed concern about the way the ethnic-voting scandal was allowed to unfold.

It's widely believed that the Opposition New Democrats are sitting on other damaging documents leaked to them by unhappy government officials – a dilemma that was also expected to be discussed at the meeting.

A controversy that has ensnared northern B.C. ministers Pat Bell and Shirley Bond would also be brought up at the meeting. Recent documents obtained by The Globe and Mail contradict denials by the two ministers that they were involved in the procurement process for a multimillion-dollar contract in Prince George. It's believed that the NDP also plans to release information regarding the matter soon.

Some members of the Liberal caucus and cabinet want to see the pair step aside from cabinet until the matter can be properly examined by an independent investigator. The premier, meanwhile, has backed the two cabinet allies unreservedly.

As they entered the meeting, cabinet ministers – including Mr. Coleman, Bill Bennett and Mary Polak – said they supported Ms. Clark, expected her to lead them in the coming elections, and that the "emergency" nature of the meeting had been overblown.

Over the weekend, Ms. Clark also spoke with Liberal caucus chair Gordie Hogg about issues including the ethnic-vote memo.

On Friday, James Plett resigned as the vice-president of the Surrey-Tynehead Liberal Riding Association, citing "unethical behaviour of the B.C. Liberal Party."

Also on Friday, B.C. MLA Dave Hayer – an Indo-Canadian politician who had previously announced he would not be running for re-election – called the memo wrong and said those who broke the rules should be held accountable.

With an election only weeks away, "it's not in anybody's best interests to have a leadership contest this close to the election," the senior Liberal strategist said on Sunday. "Everyone wants her to change her approach and be a team player." 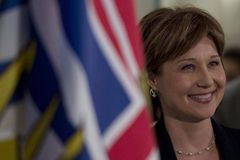 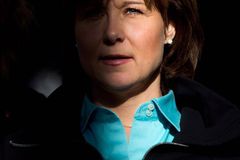 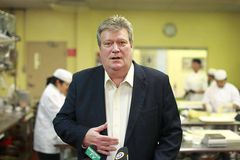 Follow Justine Hunter, Gary Mason and Wendy Stueck on Twitter @justine_hunter @garymasonglobe @wendy_stueck
Report an error Editorial code of conduct
Due to technical reasons, we have temporarily removed commenting from our articles. We hope to have this fixed soon. Thank you for your patience. If you are looking to give feedback on our new site, please send it along to feedback@globeandmail.com. If you want to write a letter to the editor, please forward to letters@globeandmail.com.
Comments