B.C. Premier Christy Clark, facing sustained criticism over a lack of political-fundraising limits in the province, says her government is watching the "interesting" federal move to restrict cash-for-access events. But she made no commitment to change the controversial status quo in her province.

Ms. Clark addressed the issue on Friday in Kelowna, the day after she was at a $5,000-per-plate party fundraiser at Mission Hill Winery attended, according to the BC Liberals, by 12 contributing guests. Donors were whisked past the media and into the venue to avoid scrutiny.

British Columbia has no limits on donations, and, as a result, some of the largest political contributions in Canada are handed over here. There is also a government aversion to banning corporate and union donations. The B.C. NDP says such a ban would be the first legislation it would enact if it is elected to office in the May provincial election, a result that would end 16 years of Liberal government.

The competing parties are advancing their positions on political fundraising ahead of all-out campaigning later in the spring. Both Ms. Clark, facing her second campaign as provincial Liberal Leader, and NDP Leader John Horgan, going into his first campaign as head of his party, have faced repeated questions about the issue.

On Friday, the federal Liberals announced that they'll restrict the controversial practice of cash-for-access fundraising by passing legislation that requires the events to be more transparent, open to public scrutiny and reported to Canadians.

The federal Liberals are responding to revelations that the party has raised millions of dollars through private fundraisers – with ticket prices as high as $1,500 – that gave donors access to Mr. Trudeau and senior cabinet members.

Ms. Clark, who earlier this month gave up her annual $50,000 party stipend in the face of sustained criticism over British Columbia's campaign finance rules, said she has already committed to changes that provide adequate transparency. The Liberals have started reporting political contributions within two weeks of receiving the money and are mulling legislation to make that a requirement for all political parties in the province.

"We are making some changes already. And I think the federal government may want to think about this," Ms. Clark said in Kelowna. "What people want to know is that when someone donates to a political party, it isn't linked to a decision government made. I think it is a lot easier to see that and make it more transparent if we report it in real time."

Ms. Clark defended the efforts to ensure donors' identities were kept private at the Thursday night fundraiser. "This is the way political fundraising has always been done in Canada," she said. "You will see in a number of weeks exactly who was there and who donated."

Asked whether "rich people" have more access to her than other British Columbians, Ms. Clark noted that she attended a $20-per plate Board of Trade breakfast on Friday, and that she talked to a lot of people while out skating in Kelowna on Thursday night.

She said the B.C. NDP would force taxpayers to fund political parties, diverting money from other services. "People won't have a choice about donating to political parties. I don't support that. I think the system we have isn't perfect but I think it's better than forcing people to donate."

Mr. Horgan said it appears that both Mr. Trudeau and Ms. Clark are "feeling the heat" from the public over paid access to politicians.

"The fact that the federal government is making changes, I think speaks to the urgency, the absolute urgency for us to get big money out of politics here in British Columbia," Mr. Horgan told a news conference on another issue in Vancouver.

Mr. Horgan has been participating in his own fundraising efforts, including a gathering in Vancouver earlier this week at which top tickets cost $10,000. He has been unapologetic about these efforts, saying his party needs to be able to compete with his Liberal rivals.

Ms. Clark's party raised more than $12-million in 2016 through campaign contributions. Although the NDP has not disclosed 2016 figures, the Liberals collected more than three times as much money from donors as did the NDP in 2015.

"The Liberals are going to have a mountain of money, but sometimes money can't buy you love," said Mr. Horgan. He said he expects the NDP campaign message, which Mr. Horgan has said will be about affordability, will resonate with voters.

The NDP have not said how political parties would be funded in the absence of corporate and union donations.

Although Mr. Horgan has said Elections BC should be tasked with working through these issues, he has also noted that the Quebec model, where tax dollars are distributed to make up most of the political funding, is one option. 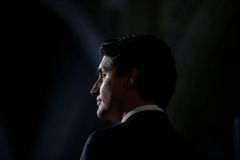