British Columbia's governing Liberals prefer the terms "net zero" and "co-operative gains" to describe their plans to rein in the cost of public-sector contracts, but unions say what they're really talking about is a wage freeze for government workers.

That reality could forecast a potentially stormy labour season this spring as collective agreements for hundreds of thousands of B.C.'s public-sector workers expire on March 31. Most of them have already seen at least two years of frozen wages.

Thousands of government and hospital workers are seeking wage increases, and the nurses want the government to hire 2,000 more nurses – demands that would be difficult or impossible to meet under the government's insistence that labour contracts cannot saddle the province with higher costs.

Ken Thornicroft, an employment relations expert at the University of Victoria, said he senses the unions will be in a fighting mood as their contracts expire.

"In the broader public sector, everything I hear from the union leaders is, 'Well, we took our lumps and we went one, two or three years without a pay increase, and now it's time for some increases because we've been falling behind,' " Perf. Thornicroft said.

During the previous round of contract negotiations, the province called its approach the net-zero mandate. Under that model, any gains in a contract needed to be offset by other concessions.

This time, unions will be dealing with net zero's younger sibling: co-operative gains. The province is willing to consider wage increases or other improvements, but only if a union and its employer identify equivalent savings elsewhere in a department's budget.

Prof. Thornicroft, who also has experience in labour arbitration, said most public-sector unions accepted the government's net-zero mandate because even though the contracts didn't include wage increases, they offered job security during a steep economic decline.

"The public service just wasn't in an appetite to create a fight," he said.

"What they were able to get for their members were job guarantees for the most part. But there is a different view about what should be done in this bargaining round."

The province's 41,000 teachers felt the government's resolve to hold back wage increases last week, when the Liberal government passed back-to-work legislation that put legal force behind its net-zero mandate.

Teachers had been scaling back their work since last September and staged a legal three-day walkout earlier this month to back demands for a 15-per-cent wage increase.

Now, the teachers have been ordered back to work during a six-month cooling off period, and negotiations will be in the hands of a mediator who will be bound to net zero.

The government says it negotiated 133 contracts covering about 180,000 workers under the net-zero mandate. It says more than 99 per cent of the government's 300,000 unionized public service workers could be in bargaining this year.

Finance Minister Kevin Falcon suggested the grumbling from unions is little more than public "posturing," and insisted he is optimistic settlements will be reached at the negotiating table.

Mr. Falcon argued the next round of bargaining has the potential to both save the government money and increase the wages of public servants.

"I think reasonable public-sector union leaders recognize the world we live in and the economic conditions that we have," Mr. Falcon said.

"Now is the time to try and be creative and work together, and … at the same time, see if we can't find identify ways through doing things differently to perhaps even provide modest wage increases."

In the budget tabled last month, Mr. Falcon said the government's net-zero mandate likely saved the province $3-billion over the past two years.

Barry O'Neill, president of the Canadian Union of Public Employees of B.C., said his members signed contracts under the government's net-zero mandate that actually included improvements for some workers.

For example, Mr. O'Neill said education assistants in the public school system negotiated improvements to their workload and job security in exchange for the wage freeze.

But Mr. O'Neill said unions are concerned that the new co-operative gains model isn't adequately defined, and they see it as an attempt by the government to control negotiations.

"I can't really figure out what a co-operative gain is in a negotiation," he said.

Mr. O'Neill said so far it appears that whenever a union suggests an option to save its employer money, which in theory could result in a wage increase, the suggestion is rejected.

"When these kind of fluffy statements come out around co-operative gains, and start off a negotiation saying, 'Here are the strict parameters and you can negotiate within that framework only,' you're probably never going to get a deal," he said.

Mr. O'Neill said he expects difficult negotiations as the unions push for wage increases against a government that claims a shallow cash pool. Government directions telling negotiators to stick to a restrictive co-operative gains mandate won't help, either, said O'Neill.

"It's going to be tough, but I think if it's left to its own then it will work out," he said. 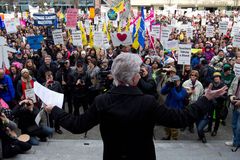 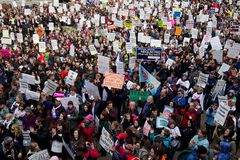 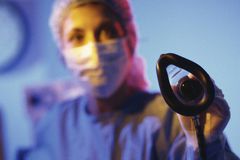 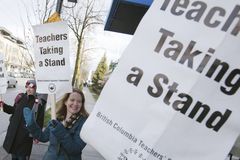 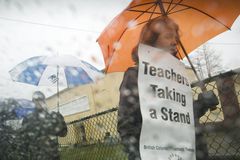 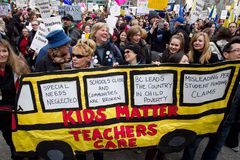