British Columbia's real estate regulator says its complaint process is robust enough to protect the public and that its boss, the provincial superintendent, has no legal right to second-guess its decision to drop an investigation into alleged realtor misconduct.

Those assurances made by Robert Holmes, chair of the Real Estate Council of B.C., are a result of a very public spat between the council and the superintendent of real estate. Michael Noseworthy took on the superintendent's job in 2016 after the provincial government concluded the public no longer had confidence that realtors could regulate their own industry.

But the new responsibilities of each office are now the subject of a court challenge.

Earlier this month, Mr. Noseworthy filed a petition in provincial Supreme Court asking a judge to force the Real Estate Council of B.C., which he oversees under provincial legislation, to begin disciplinary proceedings over the alleged misconduct of a realtor in McBride, a village in the Kootenays on the boundary with Alberta.

The judicial review will test the extent of the superintendent's oversight of the council, which was expanded in 2016 amid complaints about infrequent discipline of real estate agents and limited fines for improper behaviour.

Mr. Holmes argued in an interview with The Globe and Mail that the current legislation does not allow the superintendent to order it to revisit a decision made by a council committee against disciplining a realtor. The McBride agent was accused of scuttling a couple's purchase of a piece of farmland.

Mr. Holmes said if the superintendent wants such power, he should ask the government to change the law.

He also noted that, unlike the council's committee, the superintendent only talked to the couple who complained after the council declined to start disciplinary proceedings and did not get the realtor's side in his review of this particular case.

As for the couple, Mr. Holmes said they were served properly by the council's fair and balanced process.

"If they didn't like that decision because it didn't go in their favour, that's unfortunate," he said.

"But it's similar to what people get when they file a complaint with the police that the police don't refer to the Crown."

Mr. Holmes added: "The fundamental truth here is that you have a skilled body of people at the Real Estate Council whose job it is to investigate these things – they know what they're doing and they know how to apply the standards, the laws and rules that have been written."

In his claim, Mr. Noseworthy states that he was contacted last March by Garry Lowe, the organic farmer who filed the original complaint to council with his wife Wendy. They alleged the realtor messed up a deal on a piece of farmland but the council's complaints committee decided against pursuing any disciplinary action against the agent. The superintendent reviewed the applicable materials and determined it was in the public interest to direct the council to revisit its decision to drop the complaint.

Mr. Lowe said he was not surprised the regulator was fighting the additional oversight.

"They could care less about us," he said on the phone from McBride. "The public has got to trust the realtor and whoever is licensing the realtor."

He said a judge in the small-claims court rejected the realtors' evidence and found that the agent had lied to the couple. Yet, the council did not pursue any disciplinary action against the agent.

Mr. Lowe said he believes the council is fighting the case because it does not want to have to provide its rationale for dismissing each complaint to the superintendent, as Mr. Noseworthy instructed Mr. Holmes and the council to do in a June 8, 2017, letter regarding Mr. Lowe's complaint.

A spokesperson for the finance minister, who is ultimately responsible for regulation of real estate, said the minister had no comment on the continuing judicial review.

The Real Estate Council of B.C.'s decade of self-regulation, which gave the body full control over licensing, regulation and discipline, was ended in 2016 by former premier Christy Clark after The Globe revealed widespread problems in the industry. The body was restructured to ensure that the majority of members come from outside of real estate, whereas in the past, just three of 17 members were from outside the sector. 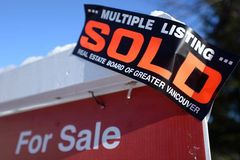 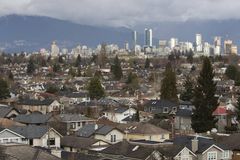 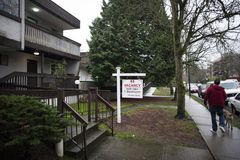