The province needs to increase substantially the level of service in its residential-care homes to ensure that people living there can get help to go to the bathroom or have showers when they need them, B.C.'s seniors' advocate says.

And residents need more ways to connect with people and engage in activities so they don't become isolated and at risk for dementia, said the advocate, Isobel Mackenzie.

Ms. Mackenzie's office released the results of a massive survey done in the past year that showed that a quarter of residents in government-subsidized facilities say they don't get help going to the toilet when they need it and almost two-thirds said they don't get to bathe or shower as much as they would like.

A quarter of the more than 9,000 residents surveyed also said that staff try to relieve their physical discomfort only sometimes, rarely, or never.

A third say there is often nothing for them to do in the evenings or on weekends, a worrying response because such a lack can lead to social isolation, Ms. Mackenzie said.

"Social isolation has long been recognized as a negative influence on health and a potential trigger for accelerating dementia," she warned in her report, which was based on responses from the residents and from more than 9,000 family members.

However, the head of an organization that advocates for the province's care providers said one problem with Ms. Mackenzie's report is that, while it contains excellent recommendations, it doesn't identify clear dollar targets needed to address the problems.

"We would like to have seen a very strong message that funding be attached to this," said Daniel Fontaine, the CEO of B.C. Care Providers Association, which represents people providing both subsidized and private care in the province. "All of these items cost money or have operational impacts."

B.C. spends about $2-billion a year on residential care.

The BC Liberal government announced last March after a review of staffing that it would put an additional $500-million into direct care to help meet a target of 3.36 hours of staffing per day for residents.

But that means another 1,500 staff are needed and care facilities are already having a hard time recruiting nurses and care aides, Mr. Fontaine said.

So the province's human-resources strategy needs to change to ensure that colleges and universities are training enough people to fill the staffing holes.

Mr. Fontaine also noted that the report called for increased activities on weekends and evenings. But that kind of care, which addresses social rather than medical needs, was not included in the $500-million announcement.

And, if that much-needed type of service is going to be improved, it should have a recommendation for the amount of money that should be put in, he said.

The survey also showed one-third of residents do not enjoy mealtimes. They don't get the kind of food they want, it is sometimes cold, and they couldn't eat when they wanted to.

Mr. Fontaine pointed out that the province provides only $7 a day per resident for food. That also would have to be increased.

The report from Ms. Mackenzie's office makes only one reference to funding, when it notes that the commitment made last March by the ministry to ensure a minimum of 3.36 funded care hours per resident is a "critical first step."

The survey also showed a lot of positive responses about care homes.

A huge majority of residents feel safe and say they are treated with respect. They say family members can visit whenever they want and they get the services they need.

A significant 88 per cent of family visitors said that, when they saw aggressive residents while on site, staff handled them appropriately.

About 4 per cent of B.C.'s seniors live in government-subsidized residential care. Almost half don't want to be there, the survey found, but their families felt differently.

Aside from the critical issues like lack of help going to the bathroom or showering, almost half of residents said there is no one living in the facility whom they consider a friend and they don't have anyone to do things with. Staff don't fill that gap, because they don't make time to have friendly conversations. A third said staff don't seem to have enough time for them. 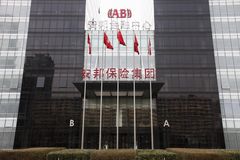 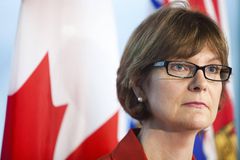