British Columbia will introduce a system of public and private retailers to sell recreational cannabis and set a minimum age of 19 to buy and use the drug when it is legal next year.

However, the precise details of how those public and private sales will be regulated won't be released until the end of next month, and Mr. Farnworth said the province is still determining whether the hundreds of people currently selling cannabis illegally through dispensaries will be allowed to enter the new market.

"Looking at the responses received, it's clear that British Columbians support the priorities of protecting young people, health and safety, keeping the criminal element out of cannabis and keeping roads safe, which will guide the province in developing B.C.'s regulatory framework for non-medical cannabis," Mr. Farnworth said in a news release.

He told reporters during a conference call Tuesday that the province is not including revenue estimates from this new industry in its new budget in February. He warned against expecting an initial windfall of cannabis revenues, noting officials in Colorado and Washington stressed that to him when he visited those states last year to study their legalization efforts.

British Columbia will make sure money made off of cannabis sales goes toward important policy directives such as educating young people about the drug, enforcing the new provincial laws for businesses and cracking down on drug-impaired driving, Mr. Farnworth added, but he would not say whether government profits from cannabis would go into the province's general revenue.

The B.C. government has previously signalled there would not be a one-size-fits-all approach to legal marijuana sales and suggested the province's existing network of illegal dispensaries, which in some cases operate with permits from local governments, would make it easier for the province to have its system ready by the federal government's July 1 deadline. Several premiers and law-enforcement agencies, flustered by the tight timeline, have asked the federal government to delay legalization, but Ottawa has rejected those requests.

Ontario plans a monopoly of cannabis stores as a subsidiary of the Liquor Control Board of Ontario – 40 next year and 150 by 2020 – in a move that would effectively end private dispensaries. Quebec followed suit with a similar plan for exclusive government sales online and in person. Alberta has said cannabis will be sold in private standalone stores and online through a government-owned distributor.

In British Columbia, a 19-member committee of municipal politicians and bureaucrats began meeting in October to discuss legalization with the province. Vancouver city councillor Kerry Jang, co-chair of the cannabis committee, said cities support the decisions announced Tuesday, noting provincial licensing of cannabis retailers will take a heavy regulatory burden off municipal bureaucrats. He said those dispensaries currently licensed by Vancouver should be allowed to continue selling the drug once it becomes legal, while those violating municipal bylaws should be shut out.

The B.C. Government and Service Employees' Union, which represents 73,000 government workers, including public liquor-store employees, praised the moves Tuesday. The province has not ruled out allowing cannabis to be sold in liquor stores, something the province's mayors have made clear they strongly oppose for public health reasons, Mr. Jang said. 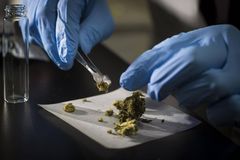 Newfoundland and Labrador to sell marijuana through private stores
November 23, 2017 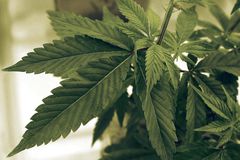 Federal marijuana legislation approved by House of Commons, moves on to Senate
November 27, 2017 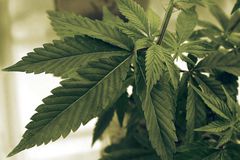