The British Columbia government is back in the air shooting wolves nearly 30 years after it abandoned a controversial aerial hunt that triggered rallies in several U.S. cities and saw activists parachuting into the wilderness in an attempt to stop the kill.

The government is refusing to divulge how many animals it has shot during the first week of the helicopter hunt, but its plan to protect endangered caribou by eliminating nearly 200 wolves in the South Selkirks and South Peace regions is once again threatening to stir protests from activists, including Paul Watson.

Mr. Watson, perhaps the world's most famous wildlife campaigner, said B.C.'s justification for the hunt is no more acceptable now than it was in the 1980s, when he first drew international attention to it.

"There are a lot of activists in British Columbia. I'm going to talk to them about reviving Friends of the Wolf," Mr. Watson, head of the Sea Shepherd Conservation Society, said on Tuesday in an interview from Paris.

Mr. Watson founded Friends of the Wolf in 1984 to campaign against the hunt, which stopped in 1985, only to be revived briefly in 1987. Over four years, about 1,000 wolves were killed to reduce predation of moose, caribou and mountain sheep.

"I think it's a complete disgrace," he said of the hunt. "There's no scientific evidence behind this. Wolves and their prey are very important and essential part of the ecosystem and we are constantly disrupting it."

Ian McAllister, a wildlife photographer and head of Pacific Wild, said opposition to the wolf hunt is growing rapidly.

"I can say that in 20 years of wildlife work, I've never seen a reaction like what we are seeing right now. We've had one-and-a-half million people go through our website, we got something like 40,000 signatures [on a petition] urging government to reconsider this," he said. "All our phone lines were jammed with people calling. They are just outraged about this."

Mr. McAllister has spent years photographing wolf packs at close quarters. He said wolves are highly social, and shooting even one in a pack can traumatize the rest of the family group.

"To start killing and wounding numerous ones, day after day, it's horrendous. It's one of the most inhumane things humans could commit in the natural world. It's unthinkable," he said.

Sadie Parr of Wolf Awareness Inc., a B.C.-based non-profit foundation dedicated to public education, said the endangered caribou herds are in decline because of habitat loss, not wolf predation.

"This certainly is a conservation dilemma," she said of the declining caribou herds. "It's a very complicated problem. But we have to recognize we are in this situation because of us [humans], not because of anything wolves have done."

Ms. Parr said she has been bombarded with requests for information since the hunt was announced last week.

"People are really, really upset, and rightfully so. This is barbaric and the world is paying attention," she said.

The B.C. Ministry of Lands did not have a spokesperson available on Tuesday, but e-mailed a statement from Stan Boutin of the University of Alberta, who conducted an independent review of the wolf management plan.

"I support the B.C. government decision to use wolf control in an attempt to recover the herds," he wrote. "Wolf control appears to be part of a broader recovery plan that also includes important measures to protect and recover habitat."

But Green MLA Andrew Weaver said the government cannot verify its claim that wolves are the leading cause of caribou mortality.

"I am supportive of science-based initiatives that promote conservation but in this particular case, I cannot find the 'evidence' the government is apparently relying on," he wrote in a letter to Lands Minister Steve Thomson. 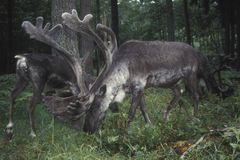 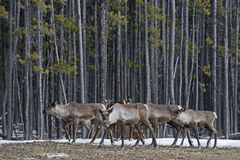 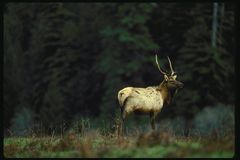 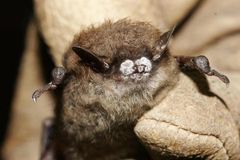 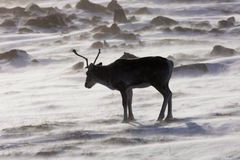 opinion
Some things change when it comes to B.C. dams. Some remain the same
December 21, 2014 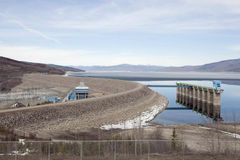