A man who travelled to Canada on a migrant ship six years ago says he paid $5,000 to board and was desperate to get on the boat.

Dhushandh Gandhi testified at a human-smuggling case in B.C. Supreme Court on Thursday.

Kunarobinson Christhurajah, Lesly Emmanuel, Nadarajah Mahendran and Thampeernayagam Rajaratnam have each been charged under the Immigration and Refugee Protection Act with organizing the trip. Their jury trial began last week in Vancouver.

Mr. Gandhi told the court he paid $5,000 to secure his place on the cargo ship. He said he was to pay an additional $25,000 when he arrived in Canada, but has since never been asked to do so.

Mr. Gandhi said the minority Tamils in Sri Lanka were not treated properly and were exposed to racism on a daily basis.

The country's decades-long civil war came to an end in 2009, when the Liberation Tigers of Tamil Eelam were defeated by government forces.

"It was a terrible time to be a Tamil in Sri Lanka after 2009, not that it was good before, but it was even worse after," lawyer Sandy Ross, who is representing Mr. Emmanuel, suggested to Mr. Gandhi.

Mr. Gandhi agreed with that point, and another about how desperate Tamils were to get out of Sri Lanka because they believed their lives were at risk.

Mr. Gandhi testified he, too, was desperate to get on board the ship. He said he had been led to believe he would have a separate cabin on the vessel, but ultimately did not.

The Crown, in opening its case last week, said the vessel's crew and persons of importance stayed above deck in living quarters that had cabins, a washroom and a kitchen. It said women passengers and children slept under tarps on the deck of the ship, while the male passengers slept on the floor below deck.

The Crown also said the vessel was designed to accommodate a maximum crew of 13 persons, adding that it was not constructed to transport large numbers of passengers and was not suited to making ocean voyages.

Mr. Gandhi said the trip was relatively smooth. However, the ship ran into engine trouble at one point and was stopped for three or four days until the crew got it running again.

The voyage took just over five weeks. The ship departed with 493 persons on board, but one passenger died on the way and was buried at sea.

The Crown has said some of the passengers were on the vessel for several months before it departed from Thailand in July, 2010.

Mr. Gandhi said those on board the ship had been eager to depart, at one point launching a revolt and banging on the captain's door.

The MV Sun Sea was intercepted by Canadian authorities shortly after it entered this country's waters.

The Crown, in its opening statement, said none of the persons on board the MV Sun Sea had the required travel documents to legally enter Canada.

It has described Mr. Emmanuel as the boat's captain and said he was in charge of the vessel.

The Crown has said Mr. Christhurajah was a person of influence who rented apartments for some of the passengers in Thailand before the voyage began. 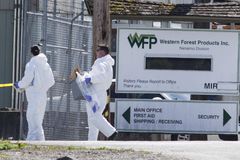 Trial of accused in Surrey Six slayings delayed more than a decade
September 23, 2016 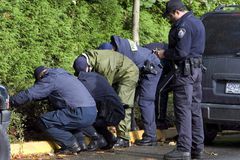