A British Columbia Supreme Court judge has given lawyers in a class-action lawsuit a year and a half to sort through the files of 500 remaining plaintiffs who may have been physically and psychologically abused during their time at New Westminster's notorious Woodlands School.

In a ruling posted on Tuesday, Justice Lauri Ann Fenlon said she was unwilling to grant lawyers for about 500 plaintiffs the "unprecedented" extension of 10 years they wanted to assess and submit or close those claims for provincial compensation. Instead, she said she had to "draw a firm line" and cut off claims on Sept. 19, 2016, to make lawyers "more aggressively seek out other counsel or other solutions."

The Woodlands School opened in 1950 at the former site of the Provincial Hospital for the Insane, and began housing runaways, wards of the state, orphans and mentally disabled children and teens.

It was closed in 1996, and its last remnants were demolished four years ago, but the physical, mental and emotional scars remain for the "extremely vulnerable" claimants, many of whom are now in their 60s, according to the ruling.

Vancouver lawyer David Klein said the team at his firm that represents the Woodlands survivors is holding an emergency meeting on Wednesday to brainstorm ways to speed the painstaking process of verifying instances of abuse, which has continued at a pace of five or six cases a month, according to the ruling.

"It is what it is, we know what the parameters are and we move forward," Mr. Klein said on Tuesday, adding that he could not divulge possible avenues for moving faster.

In 2009, B.C. agreed to give $3,000 to $150,000 to any one of about 1,000 former students who could prove they were abused at the facility after 1974, when a new law gave people the right to sue the provincial government. By December, 2013, the government had paid $2.3-million to survivors. Mr. Klein now estimates about 91 victims have received compensation, while the same number have been denied a settlement, and another 63 claims have been verified and are still in negotiations.

Mr. Klein said "nine times out of 10," clients can tell their lawyers how they were wronged, but many Woodlands survivors are mentally disabled or nonverbal. So lawyers and about eight student volunteers from the University of B.C. law school have combed through 100 to 1,000 pages of files for each former resident to find instances of abuse or neglect at the institution, Mr. Klein said.

"That has to be done even if it turns out there is no viable claim," Mr. Klein said. "Even the cases where there is no claim I think we provide a valuable service to the family and to the caregivers and provide them with the assurance that their loved one wasn't mistreated by the institution.

"We don't get paid for that, but there you go."

Mr. Klein said reading the files can be "overwhelming" and that he became "emotionally distraught" looking at them before launching the class action.

In her ruling, Justice Fenlon cited a 2002 report from B.C.'s Ombudsman that concluded children at Woodlands faced, among other indignities, "kicking and shoving, very cold showers and very hot baths resulting in burns to the skin, verbal abuse including swearing, bullying and belittling, inappropriate conduct such as extended isolation, wearing shackles and a belt-leash."

"Imagine if this were a regular hospital with people who didn't have a disability and a third of the patients came out with abuse or neglect claims? We would be shocked, we would be scandalized," Mr. Klein said. "But because these are people with disabilities, because they can't speak or vote and they have no money, they're ignored.

"We are not ignoring them and we will find a way to get those other 500 claims in."

Dix confident NDP can play spoiler to governing Liberals in next election
February 23, 2015 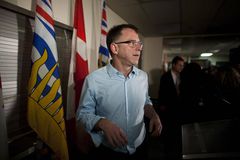 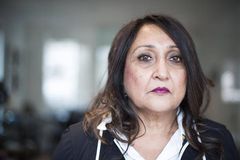 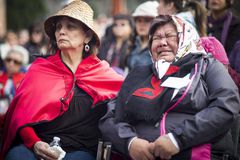