As if the labour disruption affecting public schools across British Columbia weren't distressing enough, consider the effect on arts groups. For some, it's significant.

"We're collateral damage," says Patrick McDonald, artistic director at Green Thumb Theatre, which develops and performs original Canadian plays for student audiences. It has cancelled its high school tour for the new play Still/Falling, about a 15-year-old girl with depression who starts cutting herself. In addition to the missed opportunity to deal with an important topic, the production would have employed four designers, an actor and a stage manager, and paid royalties for the playwright, actor Rachel Aberle.

Meanwhile the tour for its elementary school play, Showdown – which deals with the dangers of being competitive – has received only 37 bookings, down from a usual 90 or 100.

The result? "We have a massive minimum $75,000 hole in our budget to make up," says Mr. McDonald, who is beginning to regret not cancelling the elementary school tour as well. With a budget of about $1-million, the company is taking a significant hit.

"This can actually threaten the existence of the organization at the end of the day. We can't let a group like Green Thumb or any of the other companies that produce quality work for young people in the province go down the tubes because of a labour dispute."

At Bard on the Beach, potential losses from the strike could be as high as $90,000, as Bard has consolidated its usual 14 student matinees into seven performances. In a regular September, Bard expects more than 7,500 students to attend. Right now there are 2,000 students booked in for those matinees – The Tempest and A Midsummer Night's Dream – and the numbers are still dropping.

On the other end of the theatre spectrum is the independent company Shameless Hussy Productions. With a planned tour of its award-winning one-woman play Dissolve, about date rape, the tiny company now has to shoulder the cost of sending the play to a few scattered non-B.C. public school bookings – a small fraction of the original planned tour. It's going to cost the company dearly, but cancelling is not an option.

"Credibility is so important when you're touring. All our shows tour, so if we have one show that breaks our name that's a significant blight," says Shameless Hussy co-founder Deb Pickman. The company is using fundraising revenues – targeted for development of a new play about sex trafficking in Vancouver – to pay for the tour. "We're stealing from Peter to pay Paul."

At Ms. Pickman's day job in communications at the University of British Columbia's theatre and film program, she is trying to help fill seats for the theatre program's coming production of Twelfth Night, where a large high school student turnout had been expected. Now she's part of "an intensive campaign" targeting private schools to try to fill those seats.

Vancouver Opera is also expecting problems filling seats set aside for students – 200 of them at this month's dress rehearsal for Carmen.

Shane Koyczan's new opera Stickboy – about bullying – has its world premiere at Vancouver Opera this fall. But an Oct. 29 student matinee and the education programs around it are in jeopardy of being reduced or not running at all this fall. If the strike drags on, there may not be enough time to prepare students for the difficult subject matter addressed, says VO's director of marketing Doug Tuck.

The organization ArtStarts, which brings artists into schools for performances or residencies, is facing the possibility of delays, rescheduling or, worst-case scenario, cancellations. It's in a holding pattern right now – the phones are not ringing during the typically hectic back-to-school period – and they expect a busy time once the teachers return. "It's just more of a logistic mumbo-jumbo nightmare for us," says executive director Navida Nuraney.

Many organizations find themselves up against an uncertain calendar. "One of the challenges presented by this situation is that it's impossible to prepare a plan. You don't know when or whether school will be back in session, you don't know what a kind of drop-dead date is for teachers to plan and execute a field trip," says Hal Wake, artistic director with the Vancouver Writers Fest. Held Oct. 21-26, the festival includes weekday events for children – many of whom come from the public system. "So we are waiting. And we'll just have to be creative."

A concern for many arts groups is that the return to school will be chaotic, and as administrators work to put classes together and teachers scramble to get students caught up, there won't be time to attend a festival or work on a project with a professional artist, or do the prep work before seeing a play about date rape or an opera about bullying. 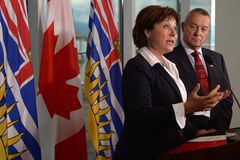 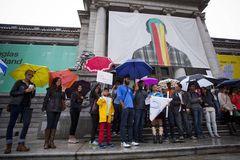 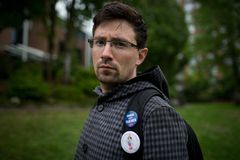 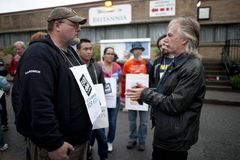 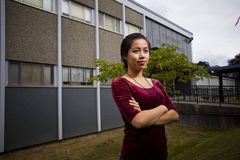