The B.C. teachers union is seeking the support of its members for a possible strike, an action that could be judged in violation of the law and escalate the crisis threatening to disrupt the province's classrooms.

The union announced Wednesday that it would ask members to vote next month, on April 17 and 18, on a protest that could include a walkout that would violate Bill 22, provincial legislation that bans strikes and imposes a mediator to end a contract impasse with the government.

A second vote would be held to actually authorize a strike, with the timing of the action determined by the executive of the British Columbia Teachers' Federation.

"It's part of our culture that with every escalation of an action, we go back to our members," Susan Lambert, president of the BCTF, said, explaining the two votes.

Ms. Lambert said there has been no decision on how long a walkout might last. "We haven't decided what it would look like," she said.

Ms. Lambert declined to be specific about the thinking of the federation executive on dealing with the fines.

"We understand the gravity of the situation," she said. "The fines are unprecedented. They are punitive. There is obviously an attempt to stifle this union, to stifle the voice for kids and for the system."

The first phase of voting will include a question on whether B.C.'s 41,000 teachers support withdrawing their participation in extracurricular activities.

The action plan is the result of about three days of talks among 700 delegate teachers attending the federation's annual general meeting, which ended Tuesday night.

"What we're suggesting is that government has a choice. It can rethink its legislation," she said. "We're putting government on notice."

B.C. Education Minister George Abbott said there is no way the Liberal government will be rescinding or otherwise adjusting any aspect of Bill 22, which he noted was brought in to end months of uncertainty around education in B.C. because of work-to-rule measures by teachers.

"We certainly won't be reversing the legislation," Mr. Abbott said in a conference call from Beijing, where he is on an education-related visit. "I am hopeful, indeed optimistic the [teachers' federation]will embrace the constructive path we have put in front of them."

Mr. Abbott defended the fines as appropriate to reflect the financial impact to B.C. families when labour disputes disrupt the school system.

"I would say $1.3-million is a small fraction of the real-world cost of an illegal strike on parents and students," he said.

Asked about the prospect of a walkout, he said: "We would be concerned about any illegal action which had an adverse impact on students and their parents. That would obviously include an illegal walkout," he said.

He said he was confident Bill 22 would withstand legal challenges from the BCTF. "Those were expected," he said. "We're confident we are on the right track with the bill."

The BCTF, while opposed to the government naming a mediator, has put forward the names of Ian Donald of the B.C. Court of Appeal and Stephen Kelleher of the B.C. Supreme Court as the eminent figures they would like to resolve contract issues, and possibly scupper the bill.

Mr. Abbott said he would consider the mediator prospects upon his return from China on Monday.

The teachers have been without a contract since last June, part of an impasse with the government that prompted a recent three-day walkout to press contract demands. Among the issues are wages. Teachers are looking for a 15-per-cent pay hike over three years. The government has rejected that proposal, citing a net-zero mandate across the public sector that says new settlements cannot cost more than the ones they replace.

The government's response was Bill 22: the Education Improvement Act, which imposes a mediator on the process and bars further strikes or lockouts.

Ahead of the voting by the federation's 41,000 members, the union is looking at legal action against the legislation, which came after the teachers' three-day walkout. 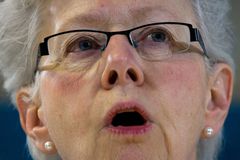 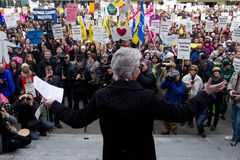 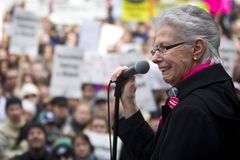 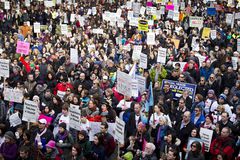