A girls' soccer team on northern Vancouver Island has been sidelined over the club's salmon-farming sponsor and a player's staunch opposition to the industry.

Jason Elligott of BC Soccer said the team's play came to a halt over parents' concerns about media coverage that involved their kids.

"Media were showing up at the field of play, trying to interview players on the team, and the parents of those players didn't want their children to be exposed to that," he said.

Anissa Reed said she and her 14-year-old daughter Freyja oppose salmon farming due to environmental concerns such as sea lice and disease, though sponsor Marine Harvest Canada disputes such claims.

The issue involves the company's sponsorship of one team within the Upper Island Riptide soccer club. Marine Harvest says on its website that it employs more than 10,000 people internationally and raises one-fifth of the world's salmon.

Ms. Reed said she and Freyja moved to Comox so her daughter could play for an under-15 squad, but learned about the sponsorship deal in August, months after the team's tryouts.

"She would never sign up to play for Marine Harvest, but it's not just that easy to leave," Ms. Reed said, noting the closest competitive club is in Nanaimo, 114 kilometres to the south.

Willie Mitchell, a salmon-farming opponent and member of the NHL's Florida Panthers, has also weighed in, with a tweet of support for the teen.

In a tweet Tuesday, he offered to sponsor the team himself.

Panthers' spokesman Mike Lewis said the hockey player will not make any public comments before talking to the girl's team.

Commercial fishermen also got involved, announcing a gathering on Thursday at the Comox fisherman's wharf.

The United Fishermen and Allied Workers Union, numerous seafood companies and individual fishermen said they would present the girl with a trust fund so she could continue to play soccer without any sponsorship issues.

Ms. Reed said she set up a Facebook page, questioning the sponsorship deal, and discussed her concerns with the club's steering committee.

A Sept. 14 e-mail summarizes those talks from the club's point of view.

Steering committee member Sean Arbour said Ms. Reed would have to remove social media posts linking the company and club and that she and Freyja could not engage in "sideline chatter" about the company at games, training sessions and events.

Mr. Arbour said Freyja, in part, would not have to wear corporate logos or participate in fundraisers using company products. He called the e-mail "Strike 1" for the Reeds.

"In the event that the above conditions are not met, a hearing will be necessary to discuss further involvement in the Riptide program," he said.

Ms. Reed said she feared Freyja wouldn't be allowed to talk to teammates about staying out of team photos bearing the company's logo.

"Marine Harvest's donations to community groups have not, and will not, and will never, restrict a recipient's right to voice their opinions or their ability to speak freely," it said in a news release.

The club declined to comment but released a statement Wednesday, saying it will remain non-partisan, appreciates support from the business community and that its actions were meant to protect a safe, fun and challenging environment.

"It's not a right, but rather a privilege, to be a part of the Riptide family." 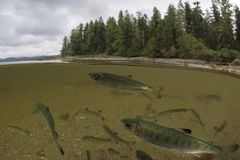 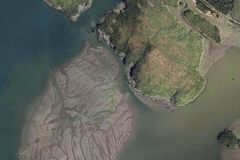 Tour-boat safety regulations must be reviewed: marine engineering expert
May 15, 2018 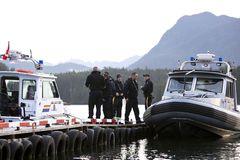