An effort by B.C.s Liquor Control and Licensing Branch to clamp down on drunken youths at nightclubs and music venues has killed the ability for such establishments to play host to all-ages events – a move panned by critics as "using a sledgehammer to swat a fly."

The policy directive, which was quietly issued in late November and comes into effect next Tuesday, is seen by some as a step backward after a year in which the province took several highly publicized steps forward with its liquor laws.

The LCLB made available the option a few years back for such "liquor-primary" establishments to temporarily "delicense" to allow for occasional alternate use. This includes hosting an all-ages concert at a music venue with a liquor-primary licence, for example.

While applications to temporarily delicense were initially infrequent, the number has grown significantly over the years, said Karen Ayers, LCLB assistant deputy minister and general manager.

"Over time, the number of applications has increased and a business model of using liquor-primary establishments as all-ages nightclubs has developed amongst a small number of licensees," she said in a statement. There were 511 temporary-change applications received in 2007, 710 in 2011 and at least 740 in 2012.

The branch has received "numerous complaints from parents, high schools and from police" about the appropriateness of permitting minors into nightclubs, Ms. Ayers said. "While the events are intended to be alcohol-free, some minors/attendees are consuming alcohol and other substances prior to entering the licensed establishment, bringing concealed alcohol into these establishments and exiting during the evening to further consume."

As a result, as of Jan. 15, a liquor-primary establishment will only be able to apply to temporarily delicense about five times a year – and only if the event "is not reflective of the primary business of the establishment" and attendees are of-age. That means a nightclub, for example, can only temporarily delicense to play host to an unrelated event – such as a community meeting or an exercise class. In addition, participants would have to be over 19. All-ages events would still be allowed without prior approval before the licensed hours of operations, such as in the afternoon at a nightclub.

Depending on the type of licences they have, some establishments won't be affected. These include Granville Street's Commodore Ballroom – which has both food-primary and liquor-primary components – and the Rio and Vogue theatres, both of which are classified as "live-event theatres."

But for the Rickshaw Theatre – which played host to only all-ages shows until receiving its liquor-primary licence in December 2011 and only a handful in 2012 – that will mean 19-and-over shows exclusively in the future.

"It is very unlikely that we will bother with applying for delicensing because they are meant for 'alternate uses,'" said general manager Mo Tarmohamed. "An example of alternate use cited by the liquor control board is holding exercise classes. So no, we do not see exercise classes fitting into our business model."

B.C. NDP arts and tourism critic Spencer Chandra Herbert said it looked to him as if the LCLB is "using a sledgehammer to swat a fly."

"They should provide us with examples of why they think just saying 'no all-ages shows' is going to solve this," he said. "If minors are drinking out on the street and then showing up at an event, well that could happen at a movie theatre. That could happen at a sports game. … You deal with that as an issue with those people themselves; you don't shut down the whole thing."

The policy directive is unfortunate for Biltmore Cabaret general manager Darius Minwalla, who had been mulling the question of whether to start playing host to to all-ages shows.

"There are no all-ages clubs in town, no spaces being used to promote concerts for kids to go see shows," he said. "People under 19 like music too and a lot of them don't care about drinking."

Mr. Minwalla lamented the loss of potential venues where youth could see live shows in a city that already has few of them.

"There's going to be nowhere for these guys to see shows," he said. "They're not changing with the times. Ultimately, it just comes back to everyone saying 'no fun city.'"

Rich Coleman, the Minister in charge of liquor policy, was not available for an interview but said in a statement that the LCLB had received numerous complaints as a result of allowing all-ages events in liquor-primary establishments.

Parents who drink heavily more likely to have kids who do the same: study
December 4, 2012
Opinion
Off the wagon in Saskatchewan
November 9, 2012 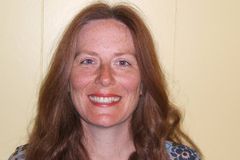 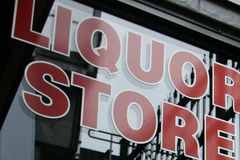 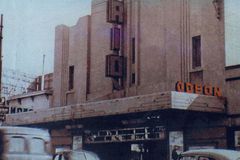