British Columbia will ratchet up pressure on provinces and other jurisdictions in North America to adopt a B.C.-style carbon tax, the Christy Clark government says.

Mary Polak, the new Environment Minister, has been empowered by the Premier to go out and sell the idea in hopes they will take up such measures.

"We're just trying to make sure, as we would in any other kind of trading field, that we're not put at a competitive disadvantage with respect to others," she said in an interview.

The carbon tax, introduced in 2008 as a milestone environmental measure, puts a price on carbon emissions to encourage reduced use of fossil fuel and emissions. Funds from the tax are channelled into tax reductions, making the tax revenue neutral. Since 2008, the tax has raised $3.7-billion.

"It is quite important to be able to describe to other jurisdictions how the carbon tax was put in place, but also be able to provide the evidence some years on that it didn't have a negative impact on our economy."

Ms. Polak, who says the government will advance other green measures, said previous Liberal environment ministers have routinely brought up the tax when meeting their counterparts. Her immediate predecessor, Terry Lake, for example, talked up the tax as recently as early 2013 in a speech to a joint legislative committee on revenue in Oregon.

Looking forward, Ms. Polak said such dialogue "will have to be more directed now than it had been in the past" though she added she has not inherited a plan on how to proceed.

Alberta and Quebec are the only other jurisdictions with a carbon price. B.C. wants others across North America to join them.

"If you have a critical mass of jurisdictions close to adopting a carbon-pricing model then that becomes the new normal. You can ensure you have everybody on the level playing field. That certainly advances our interests," said Ms. Polak.

A recent letter from Ms. Clark to her minister outlining expected accomplishments in coming years includes a directive on the issue.

"British Columbia is an international leader in the fight against climate change and global warming. I expect this to continue," the Premier wrote.

"Earlier this year, we made a decision to freeze the carbon tax for five years to allow them to catch up to our leadership position. I expect you will encourage other jurisdictions to follow our carbon initiatives in order to ensure our industries are not placed at a competitive disadvantage for playing their part in addressing carbon change."

When former premier Gordon Campbell brought in the carbon tax, the measure prompted public outrage and calls to "axe the tax." The B.C. NDP ran against the tax in the 2009 election, but environmentalists such as David Suzuki rallied around the measure. Mr. Campbell's B.C. Liberals were re-elected with a majority. The NDP has since embraced the tax, but proposed it be used to help fund transit and also be expanded to cover venting emissions from oil and gas operations.

However, the Liberals have lately been wary about whether the tax puts B.C's economy at a disadvantage. That concern prompted the announcement of a review of the tax in 2012. Kevin Falcon, the finance minister of the day, said the province was committed to the tax, but wanted to know if it was affecting economic competitiveness, especially in the agricultural sector. Earlier this year, the Liberals announced a five-year freeze on hikes in the carbon tax to allow other jurisdictions to catch up.

Ms. Polak said she expects a "substantial change" in the number of jurisdictions pricing carbon in coming years.

"It certainly helps that it has been place in this long and we have been through elections since then," she said. "But no tax is an easy sell ever."

Marc Jaccard, a professor of environmental economics at Simon Fraser University, said promoting the carbon tax is "good" but the Liberals also need to promote the Clean Energy Act, which states that 93 per cent of new investments to generate electricity in B.C. must be zero emissions in terms of greenhouse gases.

"This is one of the most ambitious climate policies in the world," Prof. Jaccard said in an e-mail exchange.

He said he expects Ms. Clark wants to "quietly scuttle" the act, brought in by Mr. Campbell, in order to facilitate the liquefied natural gas sector she touted during the recent election campaign.

"[She] should be promoting it around the world – it is what caused rapid development of renewables-based [independent power projects]."

Anatomy of a comeback: How Christy Clark beat the odds
June 22, 2013 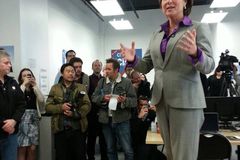 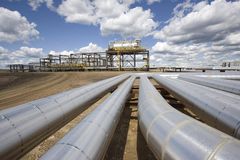