B.C. Premier Christy Clark says her government set aside $100-million in case the province's teachers won their epic fight over class size and composition, and now that the Supreme Court of Canada has ordered British Columbia to restore those contract provisions, work will get under way to figure out what is the right size for a class and what is the right number of specialized teachers.

But the B.C. Teachers Federation estimates it could cost as much as three times that per year to right the wrong. And a report from the Vancouver School Board suggested requiring more teachers could actually limit the programs available to students due to shortages of teachers and physical space.

"We have to sit down with the teachers' union and talk about what changes come as a result of the court ruling," Ms. Clark said in an interview.

"We agree on the outcome. The next step is figuring out how to get there," she said.

The Supreme Court of Canada ruled Thursday that provincial legislation that took away teachers' rights to negotiate class size and composition was unconstitutional. That decision marked the end of a legal battle that began in 2002, when the British Columbia Teachers' Federation challenged two education bills brought in by the Liberal government under former premier Gordon Campbell.

B.C. Supreme Court Justice Susan Griffin twice – in 2011 and 2014 – found provincial education legislation to be unconstitutional. The government appealed the 2014 decision and last year, the B.C. Court of Appeal sided with the province and overturned the 2014 Griffin decision.

But there was a dissenting opinion in that decision, by Justice Ian Donald, in which he agreed with the findings of the trial judge, including her conclusions that the government had bargained in bad faith.

The Supreme Court of Canada, it turned out, agreed with that dissenting opinion, saying in a Nov. 10 notice on its website that "the majority of the Court would allow the appeal, substantially for the reasons of Justice Donald."

Government officials have not provided an estimate of what it could cost to respond to the court ruling.

BCTF president Glen Hansman says it could take between $250-million and $300-million a year to bring staff and support levels close to what they were in 2002.

Ms. Clark said negotiations will benefit from a new tone adopted when the province and the BCTF reached a negotiated contract in the fall of 2014.

That contract, reached after a province-wide teachers' strike and after the teachers' previous contract had expired, is a six-year agreement that ends in 2019. It includes a provision to reopen negotiations depending on the outcome of court cases related to class size and composition.

"One of the reasons we are getting along so much better with the teachers' union than we have in the past 30 years is that we have this long-term contract, and one of the virtues of long labour peace is that we can now both talk about what we care about – the best education for our kids," Ms. Clark said.

This is not the first time the province has had to revisit – and make amends for – workplace legislation.

Previously, in 2008, the government announced an $85-million settlement for health-care workers related to the Health and Social Services Delivery Improvement Act, known as Bill 29.

That bill – introduced in 2002 along with the education bills later challenged by the BCTF – allowed employers to contract out services and resulted in thousands of health-care workers being laid off.

Health-care unions challenged the legislation and, after losing in B.C. courts, won at the Supreme Court of Canada, which in 2007 ruled that parts of Bill 29 were unconstitutional and gave the government one year to reach a settlement with unions.

Now, the government will have to revisit class size and composition. The issues are complex; a 2014 staff report for the Vancouver School Board, for example, calculated it could cost millions to restore staffing levels to 2002 levels.

The pending negotiations could affect issues ranging from class sizes to programming.

"Smaller class sizes mean more teachers are needed," said the 2014 VSB report, called The Impact of Restoring Class Size and Class Composition to the Levels of the 2002 Collective Agreement.

"It is already extremely difficult to find enough French immersion or Montessori teachers … right now; 48 primary students would fill two classes. With 2002 language, those same 48 students could easily have to be split among three or even four classes. Rather than having to find three or four qualified Montessori teachers at the primary level, the District may have to make the decision to limit the intake number of students so that they have only two classes and therefore only need two Montessori teachers."

In a conference call with reporters Thursday, Finance Minister Mike de Jong said the province wants to move as quickly as possible to respond to the court decision. 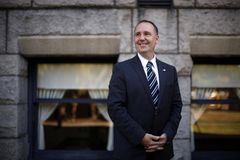 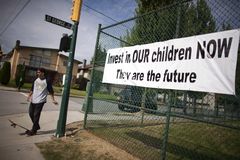