British Columbia Premier Christy Clark has vowed to require universities and colleges to have policies protecting students from sexual assault, saying in an emotional address to the legislature that more must be done to make students safe.

The premier committed on Wednesday to working with Green party Leader Andrew Weaver to either pass his private member's bill, the Post-Secondary Sexual Violence Policies Act, or amend and pass a similar version.

"We will not reduce the prevalence of sexual assault until we strengthen the institutions that are there to protect women, until we ensure that women feel safe coming forward."

Mr. Weaver's bill would require postsecondary institutions to write and maintain stand-alone policies to respond to sexual violence, which advocates say are crucial because they set out procedures for responding to complaints and outline support services for victims.

Ms. Clark's commitment marks a sudden turnaround from her government's previous approach. Ontario and Manitoba have introduced similar bills but British Columbia has until now resisted calls for legislation, instead striking a working group to create a framework to provide guidance to universities.

The premier did not give a timeline for introducing legislation, but said she agreed with Mr. Weaver that it was an "urgent issue."

Mr. Weaver, also a University of Victoria professor, modelled the bill after Ontario's legislation and introduced it in response to growing concerns about sexual violence on campus.

The bill also requires that policies be developed with the input of students and would compel universities to report assaults to the ministry. It would empower the province to impose fines for non-compliance, Mr. Weaver told reporters outside the legislature.

He also stressed that prevention and education were major elements of the bill.

Mr. Weaver pointed to the alleged experience of a University of Victoria student who told The Canadian Press she felt "invalidated and silenced" after an investigation concluded she hadn't been sexually assaulted because she didn't verbally say "No."

"Consent means saying 'Yes.' Just because you don't say 'No' doesn't mean you're saying 'Yes,'" he said. "There needs to be a broader understanding of this."

Wayne MacKay, a Dalhousie University law professor, applauded the B.C. government's commitment. He led a report on the 2013 "rape chants" at Saint Mary's University in Halifax and recommended that school revise its sexual assault policy.

"There are a number of reasons why having a stand-alone discipline policy on sexual assault is important, but one of the big ones is that anybody who has been through the trauma of a sexual assault needs to know clearly where to go to try to get a remedy," he said.

MacKay said while one option is the criminal process, many sexual assault victims fear how they will be treated by police and universities should offer a "shorter and clearer route" to accountability.

Kenya Rogers, director of external relations at the University of Victoria's student society, said she was thrilled by the premier's promise but urged the government not to water the bill down with amendments.

"I want the provincial government to recognize that this bill is what students have been begging and asking for," said Rogers.

"The B.C. government has an opportunity right now to prove that they are going to prioritize safety of students, and anything less than the bill that currently exists wouldn't (accomplish that)." 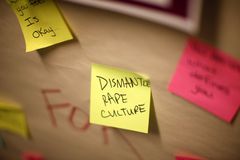 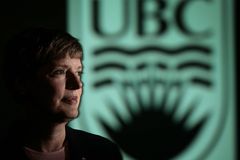