In the global race to capture billions of dollars of investment to develop liquefied natural gas, British Columbia has started to tout its natural advantage: a northern climate.

The B.C. government has been aggressively pursuing an LNG industry for two years, as part of the B.C. Liberal jobs plan. But it has only recently begun to talk up the economic benefits of producing LNG in a colder climate as an edge over some of the province's prime competitors.

At an energy conference in Tokyo last week, B.C.'s deputy minister for natural gas development, Steve Carr, told delegates it will take 25 per cent less energy to produce LNG on British Columbia's north coast than it would in Australia, Qatar or the southern U.S. The deputy's comments were reported by Agence France-Presse.

Several major questions remain for the investment landscape in B.C., however. The province has not decided how it will tax LNG. Even with a colder climate, freezing natural gas to minus-160 C is an energy-intensive process, and the province has offered little detail of how it would meet the huge increase in demand for electricity that an LNG industry would create. Finally, the province needs to manage its legal requirement to significantly reduce greenhouse-gas emissions by 2020 – a target that critics say cannot be met if B.C. secures even a few of the half-dozen projects it anticipates.

Despite that uncertainty, two major players in the LNG field – Chevron and the BG Group – have moved their B.C. prospects higher up on their investment lists in the past week.

Chevron Corp. is warning that rising construction costs are dampening investor interest, but it has pegged its Kitimat LNG plan as the most advanced in a string of projects under consideration. The British-based BG Group has also downgraded expansion plans in Australia, while pushing its Prince Rupert project higher up its list of potential investments.

British Columbia's outstanding policy decisions need to be addressed quickly to land contracts in the high-stakes race to tap into growing Asian demand. The U.S. has ramped up the approval of export permits – a glut of natural gas in North America has driven down domestic prices, while the price in Asia is roughly four times higher.

But that price differential may not last, warns Barry Penner, a Vancouver lawyer with the firm Davis LLP who works on Asian energy trade files.

"The big push in Japan is still to get away from the idea of oil-linked prices for North American natural gas. It's possible some kind of compromise will emerge on the pricing issue, but moving away from oil-linked prices will decrease the anticipated tax room for the B.C. government," he said. The promise to extract billions of dollars in tax revenue from the production of LNG was central to the B.C. Liberal government's election campaign last May, when it promised a "debt-free B.C."

Mr. Penner said B.C. can seek to extract a higher tax based on the price advantage of a colder climate, but there are other factors working against the province. B.C. also has to contend with a challenging geography that makes pipeline construction more costly. Plus, there are the unique legal challenges involved in accommodating First Nations, which will involve benefit-sharing agreements.

"I wouldn't be surprised if industry insists on government taking these [benefit-sharing] payments into account before imposing a new LNG tax," he said.

The finance minister recently promised to make the LNG tax framework public by the end of the year. Mr. Penner said Canada's competitors, meanwhile, are racing to secure contracts of their own. "Our competitors aren't standing still." 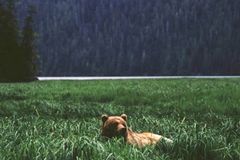 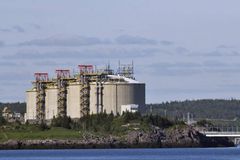 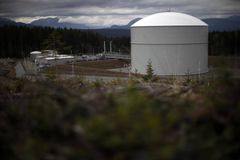