In Creston, B.C., the following question counts as deep political inquiry: What time is it?

When Mayor Ron Toyota hears the question, he rolls his head back, clutches his stomach and lets out a high-pitched laugh. "Well," he says, seated at Jimmy's Pub & Bar downtown, "that's complicated."

Creston, as locals like to say, is the town where times stand still. With an almost religious fervour, they refuse to recognize daylight saving time.

But if Mr. Toyota and others on town council have their way, Crestonians will be changing clocks twice a year along with most of the rest of the country. Citing missed appointments, early phone calls and lost business opportunities, Mr. Toyota and several counterparts plan to hold a referendum this fall asking if Creston wants to break with history and adopt the biannual switch between standard and daylight-saving time.

As expected, the proposal has sparked a minor uproar in this mountain town of just over 5,000 people. Many residents protect their island of misfit time with a fierce pride.

"Why shouldn't the rest of the country keep time with Creston?" said resident Simon Lazarchuk. "From my point of view DST is redundant and should be abolished.…Why buy into the myth that DST is somehow going to enhance our lives?"

Creston's widespread hostility towards daylight time masks a little chronological secret. According to Creston Museum manager Tammy Hardwick, Creston adopted Pacific daylight time way back in 1918 along with the rest of the country as an energy-saving measure. It seems locals liked it so much that nobody bothered to fall back to standard time for, well, 96 years now.

When British Columbians voted in favour of DST during a 1952 plebiscite, Creston ignored it. When Alberta eventually adopted it 1971, Creston again stood firm. And in 1972, when Creston voted on embracing Pacific standard time, including DST, the result was a tie. The clocks didn't change.

Over the years, a few cracks have emerged in the town's endorsement of its temporal oddity. The big regional hospital 100 kilometres away in Cranbrook is on Mountain time. The lake ferry across Kootenay Lake to Balfour crosses time zones mid-route. Porthill, Idaho, 10 kilometres due south, is on Pacific time.

"Even locals who've lived here forever, they have to sit down and do the math for a minute when they travel," said resident Mike Daybell. "People miss appointments constantly."

Mr. Daybell once waged a brazen one-man battle against the town time by writing an opinion piece in the local paper and adopting the time change at his downtown electronics store.

"I put our store hours and a clock in the window with a sign saying 'We're Going Green,'" he said. "I had this one guy come into the store and yell at me and tell me I was an idiot because his cherries were going to burn. He was an orchardist. I was speechless. I think he thought I was stopping the sun."

The store no longer exists. But Mr. Daybell's campaign continues behind the scenes. In 2008, Mr. Toyota approached Mr. Daybell about adding some pro-daylight-saving talking points to his mayoral platform.

"I told him, 'No, no, no, you'll never get elected if you put that on your platform," Mr. Daybell said. "Wait until you're in office and then advocate from the inside."

Mr. Toyota is now on his second term and he's finally heeding his friend's advice. While his support of daylight time has become more restrained over six years of hearing residents bad-mouth the idea, he's still for it, albeit cautiously.

"All I want to do is ask the question," he said. "For 50 years there's been a back and forth about this. Let's settle it. I have my personal preference, I think it makes sense. But it's not my call."

Residents who prefer the status quo cite Fort St. John in northern B.C., Saskatchewan and Arizona as examples of jurisdictions that do fine without changing their clocks. But none of those rely so heavily on outside districts with competing time zones.

People here share a school district and a provincial riding with Nelson in the Pacific time zone, but a health authority and a federal riding with Cranbrook in Mountain time. Some cheer for the Vancouver Canucks, others for the Calgary Flames. So if they did adopt time changes, would they side with Mountain or Pacific time?

Some have suggested Creston should simply split the difference.

"I had an e-mail yesterday saying we should change by half an hour, like Newfoundland," Mr. Toyota said.

If the direction is in favour of a change, council would pass the results to the province for assent. If it's rejected, Mr. Toyota has a plan B. "We'll market the hell out of it," he said. "We can market the fact that we're different." 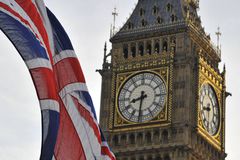 Saskatchewan hits snooze button on daylight savings referendum
March 10, 2011
Follow Patrick White on Twitter @Nut_Graf
Report an error Editorial code of conduct
Due to technical reasons, we have temporarily removed commenting from our articles. We hope to have this fixed soon. Thank you for your patience. If you are looking to give feedback on our new site, please send it along to feedback@globeandmail.com. If you want to write a letter to the editor, please forward to letters@globeandmail.com.
Comments