More than a dozen community groups have signed a letter urging B.C.'s Justice Minister to establish new guidelines that say it is not in the public interest to prosecute individuals under the country's new sex worker legislation.

The letter, which was released Wednesday by the Pivot Legal Society, says the new legislation will criminalize many aspects of prostitution and have negative impacts on sex workers across the country.

It asks B.C. Justice Minister Suzanne Anton to create new guidelines for prosecutors that state sex workers' safety is a priority, and that it is not in the public interest to charge or prosecute individuals who are alleged to have violated the legislation.

"We believe that the new legislation is going to replicate all of the harms that were present and created by the previous legislation, by the laws that were struck down [by the Supreme Court of Canada]," Katrina Pacey, Pivot's executive director, said in an interview.

"We think there's ample evidence to show sex workers' security and safety and health will be at risk in a criminalized sex industry, and that the provinces have a duty and an obligation to consider that."

The letter – which was also signed by the BC Centre for Excellence in HIV/AIDS, WISH Drop-In Centre Society, PACE Society, and the Atira Women's Resource Society, among others – takes issue with several aspects of the legislation. It says the new prohibition on purchasing sexual services will recreate or worsen the dangerous conditions that existed under the previous laws.

"Targeting clients will displace sex workers to isolated areas where prospective customers are less likely to be detected by police," the letter says.

The letter also says a prohibition on advertising of sexual services will limit sex workers' ability to work safely indoors because they will be unable to promote their services.

Susan Davis, who signed the letter on behalf of the B.C. Coalition of Experiential Communities and is a sex worker, said the impact of the new legislation is already being felt as clients fear potential arrest.

"Everybody talks about [the new legislation] like it's punishing the customers, but who's paying the price? Sex workers," she said in an interview.

Ms. Davis, who testified at B.C.'s missing women inquiry, estimated she is probably out at least $1,000 so far. She said the money she previously made through sex work helped her open a small business, a deli.

Ms. Anton did not agree to an interview request Wednesday.

In a written statement, she said the ministry will – as it always does – study the impacts of the new federal legislation.

"I will continue to work with my federal, provincial and territorial counterparts to find long-term solutions to protect vulnerable and at-risk women and youth. In addition, B.C. will continue to advocate in favour of legislative approaches and federal programs and services that support the increased safety of vulnerable and exploited women and youth," the statement read.

A federal government spokeswoman said the new legislation was established after extensive public consultation, and police, communities, and womens' groups have welcomed the approach. She said the legislation targets johns who fuel prostitution and pimps who profit from it, and creates new measures to protect women – such as allowing them to hire bodyguards.

Ontario Premier Kathleen Wynne has said she has "grave concern" about the new legislation. She said she has asked her Attorney-General to examine the legislation's constitutional validity.

The Vancouver Police Department has said its priority remains the safety of sex workers – not sex work involving consenting adults. The letter says Wally Oppal, commissioner of the missing women inquiry, had recommended all police forces in B.C. adopt such an approach. 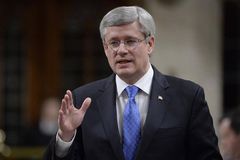 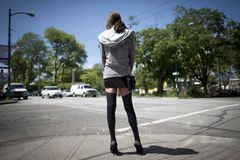