In hindsight, Sam Noh wishes he had done more to guard against the possibility that his father might go for a walk and not come back.

Now he wants to share his painful insights with other families and with B.C. officials, whom he would like to do more to raise awareness of dementia-related wandering and also adopt a Silver Alert system similar to those used in more than 20 American states.

"I hope with this, the Silver Alert comes about in Canada," Mr. Noh said, speculating that such a system might have made a difference for his father, who was diagnosed with Alzheimer's about five years ago, and for Joan Warren.

The North Vancouver woman with dementia was found dead on Sunday after walking away from her seniors' residence on Friday.

"Time was of the essence for her – and it's a matter of getting that word out," Mr. Noh said.

Shin Noh, 64, went missing on Sept. 18. The former pastor, who loved going for walks in his Coquitlam neighbourhood, has not been found, despite an extensive search involving police, volunteers and search and rescue crews.

"For us, it's frustrating because we had sightings three days later," said Sam Noh, who believes such sightings might have been reported sooner if word had spread more quickly.

"My argument is, it is taking a lot of volunteer time, police resources, a lot of money to try to find my dad. If we had a Silver Alert, yes, that would cost money, but I think it would be a lot more budget-friendly to have a proactive strategy in place."

In an open letter in October, Coquitlam RCMP Superintendent Claude Wilcott said the force had done everything in its power to find Shin Noh and would continue to work with family and friends to find him.

Silver Alerts, similar to Amber Alerts for children, involve rapid, co-ordinated notification of media, transit, police and other agencies when an elderly person with dementia goes missing. Some jurisdictions also use them for cases involving people who are autistic.

A number of states have implemented such systems. In 2011, Ontario said it would develop a program to help find seniors with Alzheimer's and other cognitive impairments. That program evolved into Finding Your Way, a safety awareness and prevention program launched in March of this year.

The program also involves an "enhanced community response" when seniors go missing and police training in "wandering prevention." As the initiative is in its first year, there are no reports yet on whether it is having an impact, although anecdotal reports are positive, a government spokeswoman said.

B.C. has previously said it will monitor Ontario's program.

Search and rescue team co-ordinator Michael Coyle would welcome an approach for missing seniors that resembles the Amber Alert program.

"As a responder, it is one of the things I think would be useful," said Mr. Coyle, a member of Coquitlam Search and Rescue who was involved in the official search for the elder Mr. Noh.

"In the urban setting, it is one person in a sea of many, many people. Early in the search, the most important thing is to get the information out."

An alert system could sidestep difficulties such as the one Mr. Coyle encountered in 2010, when he took on the search for two autistic sisters late in the afternoon – too late to get the report on evening newscasts. Both women were eventually found, one after spending 60 hours in the woods.

Searching for a person with dementia presents specific challenges to police and rescue personnel. They may not ask for help or even realize they are lost.

"Hikers may do predictable things – they might bed down, seek shelter, stay on a trail or move to an open area or seek to attract attention," Mr. Coyle said. "But a cognitively impaired person is unpredictable in a lot of ways."

Mr. Coyle is monitoring the evolving use of technology such as GPS-locating units in relation to seniors with dementia and wonders whether it could prove cost-effective to provide such devices through the health system.

He went out on at least four dementia-related searches this year, including one for the elder Mr. Noh, and expects that number to increase. 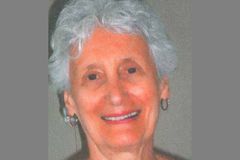 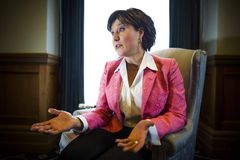