Vancouver Mayor Gregor Robertson and Police Chief Jim Chu are asking the province to dig deeper when it comes to financing the largest investigation of its kind in Canadian history.

On Wednesday, the Vancouver Police Department for the first time disclosed the cost of its investigation into last year's Stanley Cup riot. The department said, as of June 30, that cost will be about $2-million.

Incremental costs, such as overtime and equipment, account for about $1.55-million. Another $500,000 was spent erecting a forensic video lab.

The province has covered about $1-million of VPD's costs to date, the police chief and mayor said. But they'd like it to chip in even more.

"There's $2-million extra that VPD has had to spend," the mayor, who is also police board chair, said after a board meeting. "The province has come through to cover half of that. We'd like to see that other half covered, at least."

Although the riot occurred in downtown Vancouver, Mr. Robertson said, people from across the region were involved, so the province should pitch in more funds. The mayor said neither he nor the police chief have heard from the province on the matter over the past couple of weeks.

The province's Ministry of Justice wrote in an e-mail that it committed to supporting the riot investigation and gave a different amount.

"We have contributed approximately $2-million through contributions to VPD and by re-directing provincial policing resources to support the investigation," the statement read.

The statement did not indicate how much of the $2-million went to VPD and how much was classified as a redirecting of resources. A request for clarification went unanswered.

The riot broke out after the hometown Canucks lost Game 7 of the Stanley Cup final last June. The damage has been pegged at around $3-million.

Chief Chu reiterated that he expects the riot investigation will result in the largest number of charges in Canadian history connected to one incident. Police have recommended 508 charges against 175 suspected rioters. The Crown, which in B.C. must approve those recommendations, has laid 225 charges against 85 people. Four people have pleaded guilty.

Inspector Yeo also announced for the first time on Wednesday that the riot investigation will start winding down at the end of June. The team has been comprised of 50 to 70 people since the riot, including officers, civilian support staff, and others.

"We will be able to ramp down the integrated riot investigation team, but obviously, as in any case, we will have to hold some people back in order to do disclosure, follow-up interviews, transcriptions, and get those packages to court, and work with Crown counsel," he said.

He said rioters who haven't been charged by the end of June won't be off the hook – some investigators will continue working on files after the team is disbanded.

The message from Vancouver police when it came to releasing the cost of the riot investigation was inconsistent. Insp. Yeo said last year the force was tracking the figure and Chief Chu said in February it would be released.

A police spokesman later that month said the cost would not be disclosed until the investigation wrapped up. The department again reversed course soon after and pledged to release the numbers. 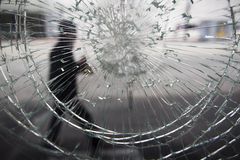 Vancouver riot charges held up by another hurdle
January 25, 2012
When rioters trashed Vancouver, Twitter fanned the flames - and gathered the evidence
December 20, 2011 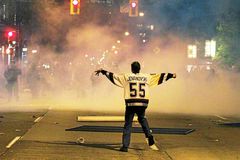