Two years and $1.8-billion into the construction of the Site C dam, British Columbia's independent utilities regulator still cannot get answers about the cost of the project, the need for its power and the feasibility of alternative sources of electricity, a new report says.

In the interim report commissioned by the province's new NDP government, the B.C. Utilities Commission (BCUC) laid out the key information gaps, and it cast doubt on many of the core assumptions that BC Hydro, a Crown corporation, made to justify the $8.8-billion hydro-electric project on the Peace River, which is now one-quarter complete.

The commission was given just six weeks to write the report and must produce a final verdict by Nov. 1.

The government has asked the regulator to determine the costs of completing, suspending or cancelling the megaproject.

As well, the BCUC has been asked to look at alternative sources of clean energy and how much power B.C. is expected to need in the future.

The New Democrats criticized the project while in opposition, but now that they are in government, must wrestle with the fact that by the time they decide whether to proceed or kill the project, there will be $2.1-billion in sunk costs and a price of $1.1-billion to remediate the site. As well, the government would still have to finance new sources of electricity.

The four-member panel questioned the assertions in BC Hydro's 800-page submission from the current state of the budget to the cost of alternative energy.

"The panel finds that it is unable to determine whether the project is currently on budget," the report says. As well, the report noted that BC Hydro underestimated the cost of the winning bid for the main civil works contract. "Should it have under-estimated the cost of the two other major contracts still to be awarded … there may not be sufficient budget contingency remaining," it said.

The key concern, however, is whether a major hydro-electric dam with a 70-year shelf life will still be a competitive choice in a rapidly changing energy environment.

The panel listed several potential "disruptors" to BC Hydro's forecasts for energy costs, including decreasing prices of alternative sources such as wind, solar and battery storage, and improvements in energy efficiency.

The Crown corporation has argued that the Site C dam would produce clean energy more cost-effectively and reliably than alternatives such as solar or wind. But the panel was not convinced: "Biomass, geothermal, solar and battery storage are potential candidates for alternative generation and should be considered by BC Hydro."

In addition, the panel has asked the Crown corporation to reassess forecasts for industrial demand, particularly in relation to the diminishing prospects for a liquefied natural gas industry.

The panel said BC Hydro selected the most upbeat trends in its forecasts, while failing to look at potential negatives.

"The panel is concerned that, given the long life of the Site C asset, BC Hydro has only identified potential upside risks to the load forecast from electrification, and has not identified any potential downside risks," the report states.

David Morton, chair of the BCUC panel, said it is not unusual to have so many questions raised at this stage in a review. What is unusual is that the review is taking place long after construction began. The former Liberal government had exempted the Site C dam from an independent regulatory review.

Mr. Morgan added it would be "ideal" if BC Hydro could respond to all the panel's questions before the final report, but the verdict will be delivered on time.

Officials from the Crown corporation declined to comment on the report.

"The regulatory process is doing what it should – it's bringing the facts to light, and where they are not available, demanding them," said energy consultant Robert McCullough, who was retained by opponents of the dam to provide expert testimony to the BCUC.

Mr. McCullough predicted the regulator will not, by its deadline, get the level of detail that he said should have been available before the project began. But he said he is confident the provincial government will have enough information to decide how to proceed. "Can you make a 'go ahead' decision to spend another $7-billion with what we know now? The answer is No."

But the pro-Site C organization representing the non-union construction industry said the report does not justify cancellation. "There is absolutely nothing in the BCUC Report that would lead anyone to conclude that construction on Site C should not continue," Chris Gardner, president of the Independent Contractors and Businesses Association, said in a statement.

Energy Minister Michelle Mungall told reporters on Thursday she expects BC Hydro to provide the information the panel has requested.

"It's really no surprise the BC Utilities Commission has more questions," she said. "BC Hydro will be accommodating them."

Arguments for, and against, Site C will lead to decision shaping B.C.'s energy future
September 17, 2017 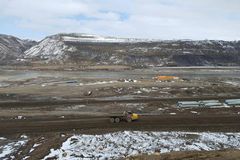 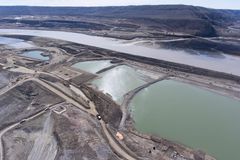