An RCMP team targeting illegal gambling in British Columbia wrote a report more than a year ago warning that organized crime figures were likely involved in those activities. Three months later, the investigative unit that was funded by the provincial government was shut down.

But a separate internal report the unit prepared in December of 2007 evaluating its future stated that high-level illegal gambling targets would conduct their operations with "impunity" if the team were disbanded.

The provincial ministry responsible for gaming didn't immediately respond to a request for comment. However, gaming minister Rich Coleman has insisted in the past that illegal gambling is just as well-policed now as it was when the integrated anti-illegal-gaming enforcement team was still around. He has said the team was shut down because it was inefficient, had a high staff turnover rate, hadn't prepared a business plan and was redundant.

He has also stressed that the province has "the highest security - both visual and people on site" when asked about criminal activity at legal gambling facilities.

The now-defunct unit's warning about organized crime's involvement in illegal gambling came in a threat assessment that it prepared for its governing board and dated Jan. 29, 2009.

It also advised that Hells Angels members had, in some cases, succeeded in infiltrating the province's "legitimate gaming operations."

The assessment, which was obtained via an access to information request filed by The Globe and Mail, recommended the RCMP unit "take a leadership role in a provincewide co-ordinated enforcement initiative to combat organized crime elements engaged in illegal gambling."

The 36-page assessment examined the "extent and scope" of illegal gambling in the province from 2005 to 2008. Many elements of the document were blanked out prior to its release.

That includes a large portion of a section about "conflict of interest/potential corruption" issues that was redacted for law-enforcement reasons and because it would have violated solicitor-client privilege.

What wasn't blanked out in that section was a statement that "the integrity of gaming in British Columbia" could be "impacted by the presence or influence of organized crime figures at BC gaming facilities."

Concerns about such issues were first raised last year when the unit's former commander, Fred Pinnock, alleged that "highly-pedigreed gangsters frequented these venues on a continuing basis. There's a ton of criminal activity being conducted in these places every day, including money laundering, loan-sharking and other enterprise crimes."

Mr. Pinnock, who retired as a staff sergeant in September of 2008 after 29 years with the force, also questioned whether the province's civil-service casino investigators have the "resources and mandate" to "effectively target the criminal activity going on within these environments" - even though they're "very competent."

Mr. Coleman has denied those allegations. The assessment does state, however, that known gang members often check into casinos and have also been known to participate in legitimate poker tournaments - perhaps for entertainment, although "they could also be laundering money."

According to the assessment, 25 reports over the three-year period studied involved illegal gaming houses "connected to/operated by Organized Crime figures" or "frequented by gang members."

Members and associates of the Hells Angels, as well as Italian and Asian organized crime figures, are believed to run those illegal facilities or operate as bookmakers.

Meanwhile, "some loan sharks are also believed to be associated to Asian based criminal organizations."

Ed Rampone, the former civil servant who was the head of casino investigation for the government, earlier disclosed that few resources were spent catching such criminals because those investigations would have sucked up time and money better used to stamp out more serious crimes such as drug dealing.

But Mr. Rampone also said the government has done a good job of deterring loan sharking inside casinos and been "fairly effective at closing the door" on money laundering, as well as screening out organized crime figures from the gaming industry. As a result of an unrelated matter, Mr. Rampone was dismissed in April of 2009 for allegedly receiving inappropriate e-mails.

The assessment states that, historically, illegal gaming "can be a source of income for criminal organizations and, through the infiltration of legitimate gaming venues, they can also launder, and transfer money easily." 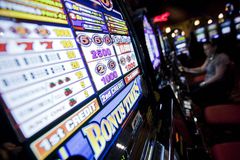 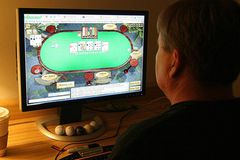 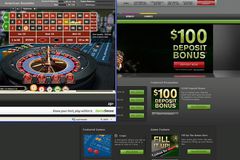