Officials in British Columbia privately warned the province lacks the ability to manage oil spills from existing and future oil traffic, and even a moderate spill would overwhelm their ability to respond, documents show.

Ottawa's decision to deal with coastal oil spills from a base in Quebec would make it much harder to contain spills, and Transport Canada and the Coast Guard lack the needed "environmental expertise" to manage them, officials said in the documents obtained by The Canadian Press under freedom of information laws.

The notes were written by B.C. Environment Ministry bureaucrats for the incoming minister's briefing book in June, and other concerns were detailed by emergency response officials in memos from last year.

"The Ministry of Environment, as the ministry responsible for preparedness, prevention, response and recovery for spills, is not adequately staffed and resourced to meet the existing and emerging expectations to address spills," they wrote in the briefing book.

"Even a moderately-sized spill would overwhelm the province's ability to respond and could result in a significant liability for government … The industry requirements, established by Transport Canada, are perceived as being insufficient in both scope and scale. For example, in both Washington State and Alaska industry requirements are far in excess of what is required in B.C."

The B.C. government has said the Enbridge-proposed Northern Gateway pipeline – which would deliver Alberta oil-sands products to a tanker port in Kitimat, B.C., for export to Asian markets – and Kinder Morgan's proposed expansion of its existing TransMountain pipeline into Port Metro Vancouver could increase tanker traffic by more than 1,000 trips annually off the Pacific coast.

Enbridge is seeking approval for its project from the National Energy Board's joint review panel, which finished its hearings in June and is expected to make a recommendation on whether the pipeline can go ahead by the end of the year. For the TransMountain project, Kinder Morgan has yet to formally submit its proposal for its required federal environmental review.

The briefing book notes many risks of a spill from a tanker negotiating B.C.'s coastal waters.

"Weather conditions and the remoteness of the pipeline's route in B.C. could cause cleanup delays, leading to broader water, land and wildlife contamination. Sensitive habitats, local economies (fisheries and tourism, for example) and First Nations along the route could be affected."

The briefing book estimates that at a rate of 500,000 barrels of crude oil a day, a pipeline spill lasting an hour could lead to 21,000 barrels spilling into B.C.'s wilderness.

When spills occur, under Canada's polluter-pay principle, the polluter must start the response and pay for damages and clean-up costs. The lead government agency – the Coast Guard for water spills and the National Energy Board for land spills – doesn't physically manage the incident itself, but guides the polluter's actions. Environment Canada's task is to be always on call to provide scientific-based expert advice. The B.C. Environment Ministry has several mandates, such as overseeing provincially regulated species and all B.C. Crown lands, and it has final authority over the final disposal of waste materials from a spill.

Mark Johnson, a spokesman for Environment Canada, said in an interview Ottawa agreed in March to create a tanker safety expert panel, due to report in November, and to fund eight new steps to ensure a "world-class" tanker safety system for shipping oil and chemicals "before major new energy infrastructure becomes operational." These steps include more tanker inspections and monitoring, research and the creation of a Canadian Coast Guard incident command system.

But last year, B.C. emergency response officials wrote that money was not the only problem: "Coast Guard and Transport Canada are to receive increased funding to respond," one memo stated. "However, these agencies do not have the required environmental expertise."

As well, cuts in the 2012 federal budget prompted Environment Canada to close its regional spill response offices in Vancouver and other cities and consolidated these in Quebec.

In May, 2012, documents show officials in the B.C. Environmental Emergency Program in Victoria privately wrote this relocation would hinder efforts to contain an oil spill on the West Coast. Those warnings were written about then-existing oil traffic, without factoring in future pipelines and tankers.

"As a result, Environment Canada will have little or no surge capacity in the event of a major spill to bring in responders from across the country … Trying to provide the current level of service from Montreal is not realistic. Current EC staff have found it challenging to respond to spills outside of their base in Vancouver, and a move to Montreal will certainly increase these challenges many-fold," program manager Graham Knox wrote in an internal memo.

The documents show local program officers agreed: "Not a good day," wrote one. "Looks like heavier dependence on the province. Response activities cannot be managed remotely. Preparation and accumulation of local knowledge are vital to a cohesive and coordinated response to emergencies."

Mr. Johnson declined to comment on the concerns outlined by Mr. Knox.

Stuart Bertrand, a spokesman for the B.C. Environment Ministry, confirmed in an interview the province now has "some additional workload" due to the relocation "and the reduced capacity of EC emergencies staff that now work out of Quebec."

Mr. Bertrand added that the B.C. government is now exploring the concept of a new provincially-regulated, but industry-led and funded "terrestrial spill response cooperative," and "while we are pleased with the steps Ottawa is taking, we are also pressing forward with our own review to help define our world-class marine spill system."

Federally, the shipping industry is responsible for funding the Western Canada Marine Response Corp., which responds to about 20 marine spills a year at a cost of about $5.3-million.

But Ms. Polak's briefing book indicates a concern about the lack of commercial vessels that could be used to help in the event of an oil spill: "The level of (industry) resources, including spill response assets and trained personnel, provided to the Canadian Coast Guard for spill response appears to be inadequate and may be even more challenged with the anticipated increase in large vessel traffic on the B.C. coast."

Mr. Johnson pledged new federal research on marine pollution risks and how to reduce oil-spill effects on marine life and habitats. In February, Transport Canada, working with the Coast Guard and Environment Canada, sought proposals for a Canadian-wide risk assessment study on ship-source oil spills, and awarded the contract to Genivar Inc.

Yet last year, Mr. Knox regretted the loss of at least one existing resource, notably Ottawa's firing of internationally respected Canadian oil-spill expert Kenneth Lee and the elimination of his research centre in Dartmouth, N.S.

"This will limit resource managers' access to critical scientific expertise when making response decisions in the future," he wrote. "Oil spill expertise is eroding." 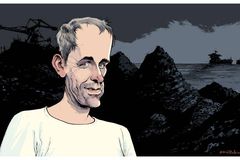 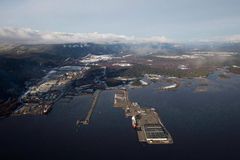 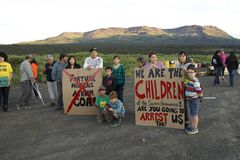