In a world of contagions, of mad-cow disease and bird flu, where the next pandemic seems just a viral mutation away, news that a farm has been quarantined because of a disease outbreak is unnerving.

But is that any reason to suppress information?

Elizabeth Denham, the Information and Privacy Commissioner for British Columbia, doesn't think so, and neither do a lot of others, including the fish-farming industry.

When disease was detected on two B.C. fish farms last week, the companies put out press releases naming the facilities and describing the measures taken in response to positive tests for infectious hematopoietic necrosis, a disease that can kill Atlantic salmon, but which poses no human health concerns.

That proactive approach reassured the public, and showed that the fish farms had nothing to hide.

But under a new Animal Health Act that the provincial government has introduced, such openness would not only be discouraged, it would in some cases become illegal, an offence punishable by fines of up to $75,000 and two years in prison.

Section 3 of the controversial act states that "a person must refuse, despite the Freedom of Information and Protection of Privacy Act, to disclose … information that would reveal that a notifiable or reportable disease is or may be present in a specific place."

The act also forbids "a person" from identifying any individual "responsible for an animal or an animal product or byproduct."

Ms. Denham has objected, stating in a letter to Agriculture Minister Don McRae: "The Bill would override the Freedom of Information and Protection of Privacy Act (FIPPA) and remove the public's right to access various records regarding animal testing, including actions and reports relating to animal disease management."

She said the act fails to strike a balance "between the public's right to know, and individual and commercial interests of confidentiality," and she asked that the offending sections be removed.

Others see the act in a more sinister light, and argue it is a muzzling document that would silence journalists, environmental activists such as Alexandra Morton, and even farmers themselves.

But the legislation does not go that far. The bill defines "a person" as being an employee of the government, an inspector, or an employee of a laboratory.

So it seeks to silence government officials involved with a disease incident – not others in the public realm. So stories will still appear in the media when disease outbreaks occur, but if the act passes as it is now written, no government official will be able to confirm a specific farm is affected – even when quarantine signs are posted.

In a letter to a local newspaper, Mr. McRae, who couldn't be reached for an interview, states that the privacy aspects of the bill were introduced to encourage more open reporting from farmers.

"The farmers and veterinarians that I have talked to agree that the best way to ensure that disease outbreaks are reported early is to assure farmers that their information will be treated in a strictly confidential fashion," he said.

But while it might encourage farmers to call in disease reports, it suppresses information and creates an atmosphere of secrecy that does nothing to reassure an already nervous public.

The fact that mass disease events are rare on farms is a testament to the high standards achieved in Canadian agriculture and to the oversight of the Canadian Food Inspection Agency.

But people still worry when a farm is quarantined – and the best way to address that fear is to be open about what is happening and where it is happening.

The fish-farming industry has recognized that with their proactive reporting recently – and the government should follow the lead. 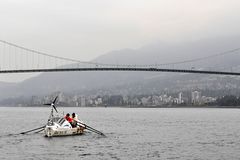 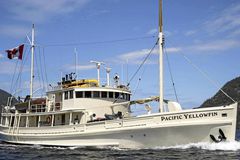 At the Douglas Lake Ranch, anglers fight for the right to fish
April 8, 2012 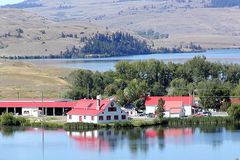