B.C. Finance Minister Mike de Jong brought down his latest budget touting the exclusive club the province is expected to inhabit – potentially being the only province in the country to balance its budget. (Saskatchewan and Quebec suggest they too may balance.) With little in terms of tax hikes or tax reductions, here are six things to know about B.C.'s books for 2015-2016:

Balance: The government expects it will end the current fiscal year with a surplus of $879-million, which will go towards paying down B.C.'s debt. The surplus for 2015-2016 is expected to be $284-million, a conservative figure that represents a drop in natural resource revenues and expected lower retail sales figures. The government projects growth for the coming fiscal year at 2.3 per cent, compared with 2.2 per cent growth in the year just ending.

Tax relief: The government maintained its promise, made in 2013, to roll back the two-per-cent income tax hike levied then on people earning $150,000 or more per year. The hike will disappear as of Jan. 1, 2016 and is expected to prompt a drop of about $51-million in tax revenue next year.

At the other end of the income scale, the government has ended the controversial practice of clawing back support payments given to parents on income assistance. The measure will benefit about 5,400 children in 3,200 families who receive income and disability assistance. The move, effective Sept. 1, will cost the government $13-million in lost revenue this year.

Fee increases: Medical Services Plan premiums continue to rise – by 4 per cent this year. Tuition at universities is expected to go up by the maximum – 2 per cent. Aside from the projections in the budget documents, there are also planned increases for B.C. Hydro rates and for ICBC rates, as well as ferry fare increases.

Risks to the projections: The government has given itself a cushion of $600-million. Factors that could gobble it up include the looming court appeal in the teachers' case. After new written arguments submitted by both sides in the last month, the B.C. Court of Appeal is deciding on a case which will determine whether the government has to return to 2001 class size and composition levels. The government has said in court documents being forced into such an arrangement could cost the treasury an extra $1-billion.

And the vagaries around the global economy, commodity prices and the possibility of changes to payments from Ottawa for things like health care could also upset projections.

Liquefied natural gas: Although Premier Christy Clark won the 2013 election in part on her promise that the B.C. Liberals would develop an LNG industry, LNG takes a much lower profile in this budget document. Instead, the document promotes the province's resource diversity, especially mining. The altered focus reflects the slow pace of firm investment decisions by multinational companies hoping to create the LNG industry in the province.

Small stuff: There is a new tax credit allowing parents to write off their children's fitness equipment, though the minister acknowledged it won't be enough to buy a full set of hockey gear: In fact, it will work out to about $12 per child. Two tax credits that benefit the film and video game industries will be extended or expanded, with a combined value next year worth $52-million per year. Community Living BC, which provides assistance to disabled British Columbians, will get an extra $18-million next year. 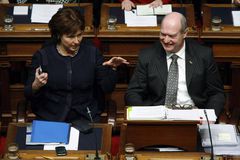 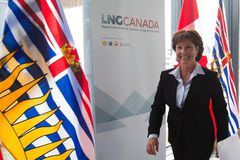 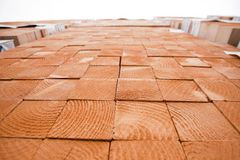 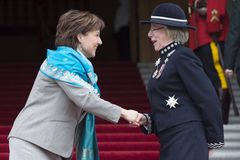 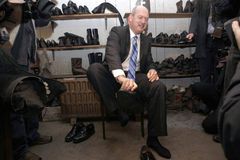