British Columbia's opposition New Democrats are calling for a ban on political stipends to elected officials following revelations about Premier Christy Clark's annual allowance from her BC Liberal Party.

Ms. Clark rejected the proposal on Thursday and issued a barely veiled legal threat against the NDP over its characterization of her stipend as a commission for her party fundraising efforts.

The BC Liberal Party has paid its leader a top-up salary since 1993, but it did not reveal the amount of the allowance until this week, after details were published in The Globe and Mail.

Ms. Clark, who is collecting $50,000 annually from her party on top of the $195,000 salary she receives as Premier, defended the practice. She is one of only two premiers in the country who currently collect a party allowance – the other is Saskatchewan's Brad Wall – and Prime Minister Justin Trudeau does not receive a stipend from the Liberal Party of Canada.

"I am the Premier of British Columbia and the representative of our government. I'm also the leader of the Liberal Party of British Columbia," Ms. Clark told the legislature. "Those are both jobs that I hold down, and I don't think it's right and proper, either, that taxpayers should pay for me to do the work as party leader, which I am also obliged to do."

NDP MLA David Eby, who has taken a complaint to B.C.'s conflict of interest commissioner that ties Ms. Clark's political fundraising activities to her party allowance, said the Premier could short-circuit that probe by taking action – as the premiers in Quebec, New Brunswick and Alberta have done – to abandon her party stipend. Since she became Liberal Leader and Premier in 2011, Ms. Clark has collected a total of $277,000 from her party.

"We would like to see a law that bans the Premier from taking commissions from fundraising done by her party," Mr. Eby said during Question Period.

Ms. Clark countered that the suggestion that her allowance amounts to a commission on her fundraising activities is wrong – and she advised Mr. Eby against making that claim outside the legal protections that are offered to MLAs speaking inside the House. "There are no commissions. ... Many of the things the members have raised are just plain wrong – things that if they said outside this House, I think they might find themselves in legal trouble."

The New Democrats have used the issue of the Premier's second income to highlight their calls for campaign finance reform. Earlier this month, The Globe reported on a series of BC Liberal fundraising events where donors pay $10,000 or more to meet the Premier in private settings. The NDP then tabled a bill that proposes to ban corporate and union donations, but Ms. Clark and her caucus voted it down.

NDP Leader John Horgan noted on Thursday that Ms. Clark played down the allowance in an interview in 2012, when she told the online news magazine The Tyee that she did not know how much she was paid and described the money – $45,000 at that time – as a car allowance.

"That might be pocket change to the Premier, but to most British Columbians, $45,000 showing up in my bank account would have an impact. I would go, 'Man, I'm going to remember that,' but sadly, the Premier did not," Mr. Horgan said.

"What does the Premier have to say to the people of British Columbia about her need to have additional monies on top of her $200,000 a year, while they are getting next to nothing? Wages have been flat, and in fact, we have the lowest minimum wage in Canada."

However, a long-time BC Liberal Party fundraiser, Peter Brown, said he cannot understand why anyone would be concerned about the Premier's allowance. "To me, it's ridiculous. There is nothing wrong with it. In fact, $50,000 isn't enough."

B.C. Liberals should end unethical payments to Premier Clark
May 16, 2018 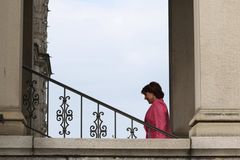 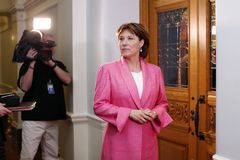 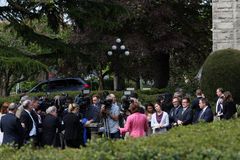