British Columbia has triggered a showdown with Alberta over energy royalties, saying it won't support the controversial $6-billion Northern Gateway pipeline project unless it is given a bigger cut of tax revenues.

Alberta, however, quickly fired back, saying it won't be cutting its neighbour a cheque.

"Absolutely not," Premier Alison Redford told The Globe and Mail, saying jurisdiction over resources, and resource revenue, is "fundamental to Alberta." Tinkering with it would amount to nothing less than an overhaul of Confederation, Ms. Redford argued, saying B.C. already benefits by the billions the province sends to Ottawa each year.

"To actually introduce the idea that we would renegotiate Confederation is quite troubling to me. At the end of the day it is true that we have resources in this province and we collect revenue from those, but those revenues are shared across the country," Ms. Redford told The Globe.

The battle comes as premiers, including B.C.'s Christy Clark and Ms. Redford, gather in Halifax for talks this week. Ms. Redford will continue to push for a Canadian energy strategy, which would be meant to streamline major energy projects such as Northern Gateway.

The demand for a "fair share" of cash – a figure B.C. hasn't finalized – was one of five conditions that B.C. laid out Monday as stipulations of its support for the project, which would see Alberta oil sent to Kitimat, B.C., and loaded onto tankers bound for Asia.

The other conditions include that the North Gateway project pass an environmental assessment by the National Energy Board joint review panel, which is already underway; have "world-leading" plans to respond to both marine and oil spills; and address first nations concerns and treaty rights.

Companies must go "beyond their minimum legal obligations to first nations," said Mary Polak, B.C.'s aboriginal relations minister. Enbridge argues it's already doing that, with 60 per cent of first nations groups signed on to support the deal.

Ms. Clark has long been expressing reservations about the project, but Monday's announcement formalized her views, shifting from her previous assertion that she would avoid taking a stand before the NEB review was complete.

In firing back, Ms. Redford cited projects such as the Alliance Pipeline, which carries natural gas from B.C. through Alberta. "When that was built, Alberta didn't say to B.C.: 'We want a share of that,'" Ms. Redford said.

B.C., Saskatchewan and Alberta have a so-called New West Partnership that's been streamlining tax and labour laws between provinces to boost trade.

The proposed Northern Gateway demands "would be a pretty fundamental change to that, so I was very disappointed with the comments today," Ms. Redford said.

In an earlier written statement, Ms. Redford also cited the "rigorous" environmental review and project proponent Enbridge Inc.'s commitment to an extra $500-million for enhanced safety measures – far beyond industry standards, the company said. Altogether, those developments "weaken the B.C. government's argument for compensation based on potential risk," she said, adding later that "leadership is not about dividing Canadians and pitting one province against another."

The B.C.-Alberta conflict could linger for years. Ms. Clark is facing a tough bid for re-election next May. The opposition B.C. New Democrats, far ahead of Ms. Clark's Liberals in current polls, are firmly opposed to Gateway in any form. "We remain serene and determined to reject this pipeline, which isn't in British Columbia's interest," NDP Leader Adrian Dix said Monday.

Well-known B.C. environmentalist Tzeporah Berman said Monday there was no way to make Gateway work while protecting the environment. "There's not enough money in the world that could be given to British Columbia to deal with that risk."

An Enbridge spokesman said Monday the company had no immediate objections to B.C.'s concerns, saying it's already working with the review, on spill mitigation and response plans and with first nations. Enbridge considers the demand for more funding a "government-to-government" issue.

Federal Natural Resources Minister Joe Oliver issued a non-commital statement in response to B.C.'s demands, saying only major energy projects are essential to Canada's economy. "We look forward to working with the provinces to secure the long-term prosperity of Canada," he said.

In a briefing, B.C. referred to a report by Wright Mansell, a Calgary firm that estimates B.C. would be in for 8.2 per cent, or $6.7-billion, of a total $81-billion in tax revenue from the project over 30 years.

The meeting of premiers begins Wednesday. 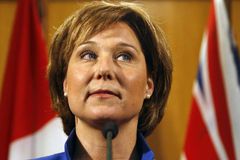 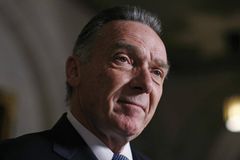 Opinion
Canadian energy policy needs everyone at the table
July 22, 2012 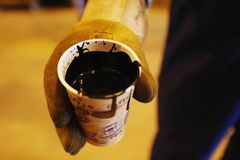 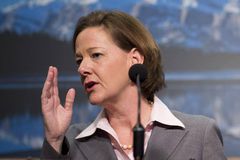 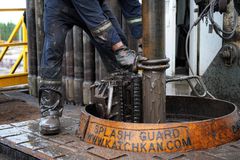 Follow Ian Bailey and Josh Wingrove on Twitter @ianabailey @josh_wingrove
Report an error Editorial code of conduct
Due to technical reasons, we have temporarily removed commenting from our articles. We hope to have this fixed soon. Thank you for your patience. If you are looking to give feedback on our new site, please send it along to feedback@globeandmail.com. If you want to write a letter to the editor, please forward to letters@globeandmail.com.
Comments