After weeks of indulging in what she often does best – political posturing – B.C. Premier Christy Clark signed a health-funding deal with Ottawa even though she had insisted she wouldn't unless the feds sweetened their offer.

The Premier is getting good at this. Late last year, you'll recall, she grandstanded before the national media in Ottawa over a proposed national carbon strategy – dramatically walking out of a meeting of first ministers so she could command the TV cameras and tell the country there would be no agreement unless she got what she wanted.

And then a few hours later, of course, Prime Minister Justin Trudeau had her name on a deal after making what most viewed was an inconsequential amendment that allowed the B.C. Premier to save face and return to her province boasting about the "crucial" element to the pact she had negotiated.

Undoubtedly, that is going to be how she'll try to spin the health-care deal as well, even though it is exactly the same offer the federal Liberals put before the Premiers earlier this year and exactly the same offer that five other provinces previously accepted. It was announced in conjunction with a $65-million national opioid program, of which British Columbia will receive $10-million. That the province would get an outsized portion of the total has more to do with the outsized opioid problem it has than any tough bargaining.

But I'm sure that won't stop the Premier from suggesting otherwise.

The reality is, Ms. Clark and her team surely knew they were going to have to sign this health deal eventually. Holding out was entirely for show. British Columbia, and the dwindling number of jurisdictions refusing to accept the federal government's proposal, had zero leverage. And the BC Liberals also had another imperative; a coming election. The Premier can now hit the election trail crowing about how it was her uncompromising principles that allowed her to wring a major win out of Ottawa to help deal with the province's devastating opioid crisis – the same one many will tell you was exacerbated by Victoria's early inaction on the file.

Health-care deal or not, that federal opioid money was coming. Ottawa had committed to moving on this issue in a significant way, and given the number of people dying from drug overdoses in British Columbia, it was always going to get a bigger share than its provincial counterparts of whatever the federal government set aside to deal with this crisis.

A crisis, by the way, that is showing few signs of abating.

On Friday, the provincial government released figures that revealed 116 people died from illicit drug use in the month of January. That is the third-highest total since the province began tracking these deaths, which has to be deeply concerning for provincial health authorities.

More than 900 people died from drug overdoses in the province last year – including a staggering 142 in the month of December. At that point, however, many of the measures that the city, province and federal government put in place to try and stem the death toll had only been up and running for a short time.

They have now had more time to take hold, which is why the January numbers are so discouraging. Ninety per cent of the deaths happened indoors and not one at a legalized injection facility or overdose-prevention site – which is both good and bad news. Good that these facilities and prevention centres seem to be serving their purpose, but bad that the problem is still thriving elsewhere.

Chief coroner Lisa Lapointe, meantime, said on Friday she now agrees with Provincial Health Officer Dr. Perry Kendall's recommendation that governments consider allowing health authorities to offer clean, medical-grade heroin to addicts for whom drug-treatment programs have failed repeatedly and who are at risk of dying from tainted street opioids. Hers is yet another authoritative voice demanding daring solutions to deal with what is an epidemic.

Many of the experts in this field are calling for either the decriminalization of all drugs or the full legalization of them – only then would deadly opioids like fentanyl and carfentanil be rendered obsolete. For her part, Ms. Clark is steadfastly against the idea. While federal Health Minister Jane Philpott, a physician, believes we have reached the point where we need to look at all possibilities.

Clearly, we have a public-health emergency on our hands – one that demands radical, even unpopular solutions. Unfortunately, that is something most politicians are allergic to. 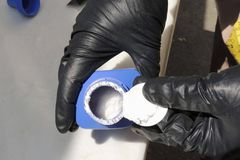