British Columbia Premier Christy Clark says she has ordered her cabinet ministers and all political staff to save their e-mails after the provincial Information Commissioner said the Liberal government routinely thwarts access-to-information requests through such tactics as triple-deleting e-mails.

Ms. Clark said she is not familiar with triple-deleting – a practice that removes e-mails from servers so they cannot be swept up in freedom-of-information requests – because e-mail plays only a marginal role in her style of governing.

"I don't even know how to do that," she said Friday, referring to triple-deleting.

"This report has led me to ask what it is and how it works. I don't govern by e-mail. I govern through the meetings we have and all of that is documented."

She added: "I know there are some people in other governments who govern by e-mail. I am not one of them. I think information is best communicated face to face if you can do it."

A day earlier, Information Commissioner Elizabeth Denham issued a report that concluded e-mail deletion was a routine practice among many government staffers. Ms. Denham referred one case to the RCMP.

The Premier said the ban on deleting e-mails will preserve records pending a requested further review of the whole situation by former privacy commissioner David Loukidelis.

The review is expected to help the guide government's next steps on acting within the regulations of the Freedom of Information and Protection of Privacy Act. The law was enacted by the NDP government in the 1990s.

"The public would expect this information is consistently retained if it's necessary and I want to make sure that is done consistently across government because people have had different interpretations of this and we've got to make sure that everyone is absolutely clear on how this is supposed to work," Ms. Clark told reporters.

The Premier also said she saw no reason for her deputy chief of staff, Michele Cadario, to resign. Ms. Denham's report said Ms. Cadario was deleting her e-mails daily so they could not be obtained through access requests. The commissioner said Ms. Cadario treated all her records as "transitory," allowing for their deletion.

"She [Ms. Cadario] has said her interpretation of the act is different," Ms. Clark said.

She said Ms. Cadario's situation is a "very different issue" from that of George Gretes, a former transportation ministry aide at the centre of the investigation by Ms. Denham. Mr. Gretes deleted e-mails required to respond to a 2014 information-access request on the "highway of tears" investigation into missing and murdered women in northern B.C. He has since resigned.

Ms. Denham accused Mr. Gretes of a "failure to tell the truth" under oath and has referred that matter to the RCMP for review.

In an e-mail statement on Friday, RCMP Staff-Sergeant Rob Vermeulen said the Mounties will be reviewing the referral from the Information Commissioner and deciding whether a crime was committed. However, he said he could not further comment because the police review has just begun.

Ms. Clark did not comment on the police involvement, but said she welcomed Ms. Denham's report and that her government would review it and accept its recommendations.

"What I have said to staff today, all political staff and all ministers, I have directed that none of them delete any e-mails they have sent, starting today," Ms. Clark said.

Mr. Gretes's former boss, Transportation Minister Todd Stone, this week said that triple-deleting e-mails was routine for him and he planned to continue with the practice. A spokesperson for Mr. Stone said on Friday that the minister would follow the Premier's directive on saving e-mails.

Ms. Denham's report uncovered negligent searches for records, failure to keep adequate e-mail records, a failure to document searches and the willful destruction of records in response to freedom of information requests.

"With the folks in my office, [Ms. Cadario] offered some recommendations about what should be done. We've been doing things that way for a long time."

The renewed scrutiny on government practices arose when Tim Duncan, who was working in government, said his transportation ministry supervisor – Mr. Gretes – deleted e-mails from his computer about the "highway of tears." 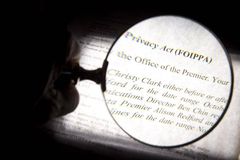 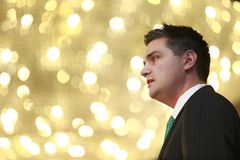