By mandating tougher sentences for certain crimes and increasing time in custody for young offenders, the Safe Streets and Communities Act is bound to increase the already high proportion of aboriginals in prison and lower their poor health status even more, Dr. Kendall said.

In a hard-hitting report, he accused Ottawa of undermining 20 years of work toward recognition of and reconciliation with the country's aboriginal population and the complex causes of its high incarceration rate.

"These changes represent a step backward … a reversal in direction within the justice sector," the report said.

The findings were strongly endorsed by Shawn Atleo, National Chief of the Assembly of First Nations, who attended Thursday's release of the report, entitled Health, Crime and Doing Time.

Chief Atleo said the legislation reflects the systemic bias against aboriginals in the justice system. "It adopts a hostile and punitive approach to criminal behaviour. … These systemic biases must stop, plain and simple," he declared.

The cold, hard statistics outlined in the report paint a distressing picture of the number of aboriginals already behind bars in the province's prisons, compared to their share of the population.

Aboriginal adult men make up 3.8 per cent of B.C.'s male population, but 18.5 per cent of those in jail.

Aboriginal adult women, 4.1 per cent of the female population, comprise 26.4 per cent of imprisoned women.

The incarceration rate for young aboriginals is particularly worrisome, given their growing numbers. Although aboriginals from 12 to 17 years represent 37.6 per cent of all admissions to youth custody, they make up only 7.9 per cent of the overall youth population, according to figures from 2006. The report added that by 2008, the admissions percentage had risen to 43.6.

The complex social problems of aboriginal communities, based on years of dysfunction brought on by poverty, poor education and the ongoing psychological damage of residential schools, are at the root of much aboriginal crime, the report said.

About 75 per cent of all aboriginal youth in custody had spent time in government care, indicative of difficult family backgrounds. Yet the the Safe Streets Act imposes longer periods for youth custody, depending on the crime.

"Rather than correct the damage, the federal government's focus is to punish and lock up first nations citizens for not obeying rules," Chief Atleo said. "It is more effective to open the door to a school, in order to close the door to a jail cell."

Instead of sentencing more aboriginals to jail for longer periods, Ottawa should be concentrating far more on preventative measures, rehabilitation and restorative justice, the report concluded.

"We are concerned the legislation … creates circumstances that will likely result in still more aboriginal youth and adults in prisons, and lower health status for aboriginal people in correction facilities, as well as their families and communities," deputy provincial health officer Evan Adams told reporters.

In an e-mailed statement, Julie Di Mambro, press secretary for federal Justice Minister Rob Nicholson, did not address the report's concerns directly, but pointed out that much of the legislation was aimed at drug trafficking. "We are cracking down on those who exploit the addictions of others for personal profit," Ms. Di Mabro said. "We want to ensure that law-abiding Canadians can have safe streets and communities in which to live, work and do business."

An e-mailed statement from B.C. Justice Minister Shirley Bond said the province supports the federal government's commitment to cracking down on crime. But she noted that B.C. has numerous programs aimed at helping aboriginal offenders reintegrate into society and keep them out of jail. 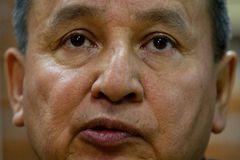 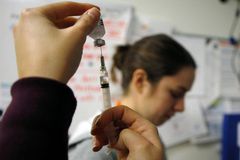 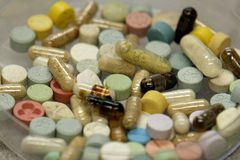 Chiefs walk the talk as B.C. natives prepare for takeover of health care from Ottawa
February 2, 2013 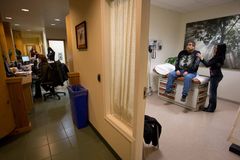