A $1.4-million RCMP detachment that was built in the remote First Nations community of Kwadacha remains largely unused, as the band's request for a full-time police presence goes unfulfilled, says its chief.

Kwadacha is located about two hours by air from the northern B.C. city of Prince George. The nearest RCMP detachment is in Tsay Keh Dene, about 70 kilometres south. Officers from Tsay Keh Dene respond to all police calls in Kwadacha.

Donny Van Somer, chief of the Kwadacha Nation, said he's been attempting to get a full-time police presence in his community of 400 since he was first elected nine years ago. The detachment was built in 2011, when Mr. Van Somer said it appeared as though the First Nation's request would be granted. It has not been, and Mr. Van Somer said the province has dragged its heels.

The chief, in an interview, said having a full-time RCMP presence would allow for more pro-active policing, instead of solely reactive. "We could have our kids see the RCMP in a different way," he said.

Angela Hocken, the Kwadacha Nation's deputy chief, said the problem with having RCMP officers respond from Tsay Keh Dene was evident when a driver who appeared to be intoxicated was recently cruising around the village.

"I had to call the RCMP in Tsay Keh," she said. "Of course, it takes them an hour to get here and by then this person is not driving around any more and they can't do anything about it. It makes no sense. It's the safety of our community."

Mr. Van Somer expressed his frustration to B.C. Justice Minister Suzanne Anton in a letter in July of last year. In the letter, obtained through a freedom-of-information request, the chief said the members of his community feel very strongly that the current approach of having officers respond from Tsay Keh Dene is not working. At one point, he suggests inviting the media to have a look at the "brand new" and "vacant" detachment.

A briefing note was prepared for Ms. Anton four weeks after Mr. Van Somer's letter was sent. The briefing note was also obtained through freedom of information, though much of it – including the government's next steps – was redacted. The note says Kwadacha is considered one of the province's most isolated communities.

Ms. Anton, in a written statement, said she appreciates that Mr. Van Somer has expressed interest in a fixed RCMP presence. She gave no indication, however, that the full-time presence would soon be coming. Ms. Anton said the Kwadacha detachment "has improved the local RCMP presence by providing officers with a secure operational base – one that now has members attending Kwadacha three times a week, over and above calls for service."

Ms. Hocken disagreed with the minister's claim. "I do not believe the RCMP attends the community three times a week unless they are called to the community," she said.

Staff Sergeant Rob Vermeulen, an RCMP spokesman, said in an e-mail that rural policing can be a challenge, with officers responsible for large geographic areas. He said 70 per cent of the call volume at the Tsay Keh Dene detachment is from within Tsay Keh Dene. He said increases or decreases in RCMP personnel are determined annually with a province or territory, depending on its needs.

Mr. Van Somer said having a fixed RCMP presence in his community could offer some financial benefits, such as reducing the cost of having Mounties travel to Kwadacha. He said the Kwadacha Nation has also offered housing for any full-time officers. 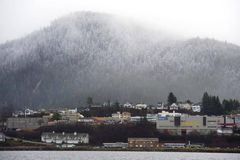 Wife of dead officer files lawsuit against RCMP for making him a ‘scapegoat’
July 30, 2015 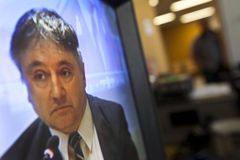