British Columbia's biodiversity is under threat not just because of climate change and poorly regulated industrial activity, but also because the provincial government won't deal with the root problem – habitat loss.

One example of how the government manages for resource extraction at the expense of wildlife can be found in the "forest enhancement program" that was announced in September.

A Ministry of Forests briefing document obtained by The Globe and Mail shows the province proposes to invest $115-million in the plan.

In effect, it's a massive subsidy to encourage the logging of marginally valuable forest – and one of the key targets will be the last existing old growth on the coast.

"Decisions on the coast would need to include engagement due to the controversial nature of logging old growth," states the document in a classic case of bureaucratic understatement. The logging of old growth is widely opposed in B.C. – the public surely won't welcome a plan where taxpayers are supposed to pay for it.

The plan outlines how the forest industry will be subsidized to go after pockets of old trees "that are uneconomic to harvest" because they are sparsely scattered or are at high elevation.

Some of the costs would be recovered through timber sales, but it is a money-losing proposition. In year four, for example, the province will spend $25-million to get timber worth $6-million.

The government justifies this by saying it will keep loggers working and improve the supply of timber, which has been reduced by overcutting, a pine-beetle kill and forest fires.

"They are running out of timber because of overharvesting throughout the province," environmental activist Vicky Husband said. "This is a desperate move that's all about keeping up the short-term timber supply, with no consideration for wildlife values. They are going after every last little bit of forest out there, with no consideration for the impact on biodiversity."

Maintaining biodiversity in the face of growth is challenging. It calls for the best wildlife science available and requires the B.C. government to do something it's loath to do – protect habitat.

Rather than restricting logging to save dwindling herds of mountain caribou, the government has launched a wolf cull.

Instead of setting aside old growth to protect an endangered goshawk population, the government works with the forest industry to devise a species-at-risk plan that doesn't require a reduction in logging.

In the Peace River Valley, where the Site C dam will flood prime moose habitat, the government proposes to help the moose not through habitat improvement, but by restricting hunting.

In wildlife regulations just posted for public comment, the government proposes to shut non-native hunters out of the Peace-Moberly Tract, which covers more than 100,000 hectares.

Under the plan, First Nations would still be allowed to hunt. Indeed, it would create an exclusive hunting zone, just for natives.

The strategy is not based on wildlife management science, and it does nothing to address the loss of habitat caused by the Site C dam.

"By having some kind of political decision here you are causing a divisiveness amongst the users and that's not healthy," Doug Janz, a former wildlife manager for the B.C. government said in an interview. "That's not going to get us anywhere."

Mr. Janz, who retired in 2004 after a 32-year career, fears the Peace River approach may be applied elsewhere around the province as it tries to deal with habitat loss and declining wildlife populations.

"Even though the Peace-Moberly Tract is a local example, if the government says, 'Oh, wherever there are these kinds of pressures, we'll just restrict the resident hunters.' That's pretty scary," Mr. Janz said.

"The problem is we're managing for resource extraction – at the expense of wildlife," said Jesse Zeman, a spokesman for the BC Wildlife Federation.

"There is a serious lack of investment in wildlife," he said. "The government seems to have very little appetite to deal with biodiversity issues."

To save caribou and goshawks, to hang on to the last groves of old-growth forest, to ensure there is moose hunting far into the future, the B.C. government has to make some tough decisions.

So far, it hasn't been up to the task.

OPINION
Opinion: Time is over for compromising on habitat versus logging issue
November 15, 2015 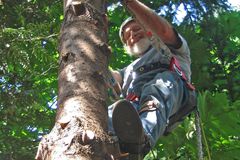 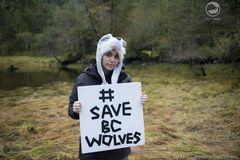