Fat pellets of snow are dusting a 130-year-old forest of pine and spruce as John Betts leads a small group through the woods. The elevation is 1,100 metres and spring has not reached here, the fresh coat of white making a pretty picture. But this is Mr. Betts's tour of doom, and he sees instead a powderkeg that threatens the nearby communities of Kamloops, Merritt and Quilchena.

The mountain pine beetle bored through this forest south of Kamloops seven years ago. The government inventory, conducted in 1991 and updated in 2007, shows little reason for alarm: On paper, about a third of the trees here have suffered beetle kill. But Mr. Betts, head of the Western Silvicultural Contractors' Association, wants to show that on the ground, the state of this forest is far worse.

Where the dead trees have fallen, they form a tangle chest-high in places.

The wood is tinder dry: Because the debris is so thick, it is not soaking up ground moisture. "You are creating a ground fuel matrix. It's an unusual condition for the forests, and it's so widespread – the potential is for catastrophic fire." Mr. Betts describes fires so intense that they cannot safely be fought, and so hot the ground is left sterile. "You've got to get rid of this stuff."

This stuff was once the backbone of the Interior forest industry.

Across the province, the pine beetle infestation has left behind an estimated 15 million hectares of dead and degraded forests. While the Interior saw mills are busy processing the dying trees, much of it remains.

When the provincial Ministry of Forests looked at a sample of 23 regions affected impacted by the mountain pine beetle last year, it forecast that 2.2 million hectares could burn in the next four decades. Climate change and the volume of dead wood will combine for longer fire seasons and more extreme blazes that are tougher to combat.

These are not only forest resources at risk but power corridors, the Interior's carefully nurtured vineyards and communities in the interface – where town touches woods.

Bob Gray is a fire ecologist, a leading expert in his field. When he was hired by Parks Canada to conduct a controlled burn on Mitchell Ridge by Kootenay National Park six years ago, the experiment demonstrated that pine beetle-killed forest fires are not like any other. The intensity of the fire was far greater than any model had predicted.

"It recorded some phenomenal rates of intensity and spread – it rocketed up the hillside. We were seeing fire behaviour we haven't seen before," he said in an interview. Data recorders set in the test area showed temperatures hit 1,100 degrees Celsius at ground level – and this was in early May when the soil was still soggy.

"It burns so hot, it can create its own weather," Mr. Gray said. "We don't have any resources that can knock it down. Once it gets going, you have to stand back and try to pinch it off somewhere."

That's why Mr. Betts's association is proposing a new approach. It may mean harvesting stands of trees with the express intent of creating fire barriers to protect communities or other assets. Or simply bulldozing stands of trees and replanting with different species.

But to start, the province has to do a better job of figuring out what is currently on the ground.

Last fall, the provincial government responded to growing criticism of its outdated and incomplete forest inventories by unveiling a 10-year plan to figure out just what is left of its forests in the wake of the mountain pine beetle epidemic. Forests Minister Steve Thomson, in an interview this week, said it made no sense to do the work while the pine beetle infestation was still on the move.

"It wasn't a strategic benefit to do all the inventory work until it has run its course," he said.

The shift in focus comes as the industry heads into what some analysts are calling a "super cycle" of growth. After a steady decline across the industry, the number of forestry jobs is growing, the value of exports to the U.S. is rebounding, and lumber prices have been hovering above $400 per thousand board feet in recent months – the highest since September, 2005.

Those conditions will put a greater spotlight on the state of the resource. And even the healthy stands of forests may not be as reliable as the paperwork indicates.

The second stop on Mr. Betts's tour is a stand of trees that was had replanted two decades ago. This is B.C.'s future timber supply. A survey in 1997 found the stand was in good shape with 1,000 potential trees of harvest value in each hectare. But there is a problem.

"That's not the way normal pine grows," Mr. Betts observed, pointing to strong branches that will produce heavy knots, degrading the value of the future harvest. The trees were likely planted according to the best practices of the day, but it's now clear that the seedlings should have been planted closer together, discouraging such lateral growth. The airy spacing allows for faster spread of disease too. "These trees are not going to produce the value we are expecting."

On the Kamloops tour is Adrian Dix, the NDP Leader who stands a very good chance of becoming the province's next premier in May. Mr. Betts organized this trip for his benefit, hoping to build the case for a different approach to managing the land base.

Mr. Dix agreed the inventory has been poorly maintained, but he wants to bring the forest industry – and the public – along on the need for investment.

Last year, his forestry critic suggested that an investment of another $50-million to $100-million is needed annually.

Although spending on improving the inventory is set to rise under the Liberal plan, overall the Forests Ministry's resource stewardship budget – which includes timber supply planning, silviculture and forest inventory – has been cut this year, dropping from $102-million to $67-million. Mr. Thomson said the budget would be restored in the following fiscal year, but his ministry had to take a hit as part of his government's commitment to balancing the budget.

Mr. Dix intends to make this a significant issue in the election campaign that begins on Tuesday. The NDP platform will include a promise to put more boots on the ground – to increase the number of forest service staff who can monitor what is happening in the woods. It would also commit to a complete overhaul of the forest inventory, with updates every three to five years.

"That's making a choice of an investment in that area over others," Mr. Dix said. And that is a tough sell when the NDP is being pressured to address a long list of other priorities. "In a time of few resources, we need to make the case to the public that we need these kinds of investments." 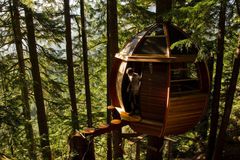 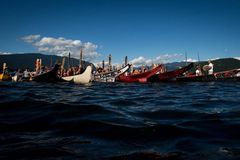