For much of the year, Globe and Mail journalists in the B.C. bureau worked to reveal the work of policy makers, authority figures and ordinary citizens. Much focus was on safety in British Columbia's mills and mines, concerns over resource development, labour strife between the province and its teachers and the future of transit investment. Our job was to raise questions and look at the impact of weak links.

Over the holiday period, our reporters are turning their attention to the things that are working well in British Columbia.

The first series – Things that Work – takes a look at businesses, services and infrastructure that are not often heralded because, well, they actually work well. We will profile a company on Vancouver Island that has revived the Twin Otter aircraft and a woman who runs a home-based business helping embarrassed and itching families get rid of head lice. We will look at the Sea to Sky Highway improvements and the Point Grey bike lane.

The second series introduces readers to the next generation of innovators, the people you have never heard of but soon will. We asked prominent British Columbians to nominate people they are keeping an eye on. Among our instalments: Grand Chief Ed John has nominated a busy aboriginal doctor, and former premier Glen Clark has nominated an environmental entrepreneur.

It is often crowded, parking can be a headache and prices for food and goods are not what most people would think of as a bargain.

Yet 35 years after it opened, Granville Island continues to charm. Its mix of artisans, shops and restaurants draws an estimated 10.5-million visitors a year. It is also home to industry: Ocean Concrete is the longest-established tenant on the island, having set up shop there in 1917. The company's six silos this year became a giant mural as part of Vancouver Biennale. There is a theatre and a distillery, painters and glass-blowers, restaurants and buskers. A 14-hectare chunk of federally owned land in the midst of a city, Granville Island has been called a national treasure and has become a benchmark for urban vitality.

It is also a landmark in transition. In July, news came that Canada Mortgage and Housing Corp. – which was handed management of the site in 1972 under a federal order-in-council – was looking to offload the job, potentially to Port Metro Vancouver, another federal entity. That potential shift raised questions ranging from whether rents would increase to whether the port had the capacity to run such a beloved public attraction. Those concerns heightened uncertainty around the pending departure of Emily Carr University of Art and Design. The university, based on Granville Island since 1980, plans to move to a new, bigger campus on Great Northern Way in 2017. It currently occupies two buildings that comprise nearly 200,000 square feet, more than 20 per cent of the leased space on the island, and is a focal point for about 1,700 students.

As it turned out, little has changed. CMHC and Port Metro Vancouver confirmed they were talking but said little else, although the port noted it already runs Canada Place on the waterfront. Contacted recently, neither agency had anything new to say.

But the possible shifts galvanized tenants, who have lobbied for more local control and long-range planning. Through the Granville Island Business and Community Association (GIBCA), they have invited public input through social media, pitched the notion of transforming the Emily Carr space into an "arts incubator" and called for management to enforce plans that dictate certain amounts of space for uses including industrial, arts and crafts and retail.

The GIBCA has repeatedly voiced concerns about actual land use on the island compared with percentages set out in a 1999 planning document, saying arts and crafts use amounts to about a third of what was originally planned.

With Emily Carr on the move, the local community is keen to have a voice in what takes its place.

"The opportunity of Emily Carr is big because you're going to ask the question, 'What is this place?' – and you better hope you get the answer right," says Kevin Head, a paint-maker at Kroma Artist's Acrylics and one of the founders of GIBCA's vision committee.

"It's a national treasure and a success in a type of urban planning that set world trends. So doing anything less than something that would set the world trend for the next 35 years is not good enough. I feel that's what we should be going for – to work with the public and to work with each other to come up with the most awesome thing we can think of."

Created by a group of forward-thinking politicians, planners, artists and architects in the 1970s, Granville Island is now home to about 275 businesses and facilities that employ more than 2,500 people and generate more than $215-million in economic activity each year.

Between 1973 and 1982, the federal government invested $24.7-million in Granville Island, CMHC says. Of that amount, $5.7-million was for taking over debts from the Harbour Board, which previously ran the site. The remaining $19-million went into capital improvements.

Since 1983, Granville Island has been self-supporting.

Asked what makes it tick, Mr. Head says he does not know, exactly, but instead tells a story about a day he went for lunch near his shop and talked to the person who made his soup, another who made the wooden bowl in which the soup was served and the metal smith who forged his spoon.

"It's not a normal place," says Mr. Head, an Emily Carr grad and long-time manager at Kroma. He likens Granville Island's success to his work in crafting colours that might not even have a name before he starts the process.

"It is something that needs to be taken care of, because we don't know how fragile the magic formula is." 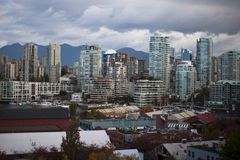 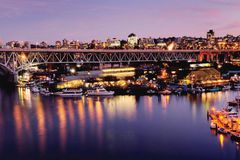 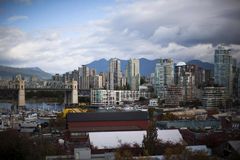