There's no visible lump, but Nikolas Badminton has a microchip the size of two grains of rice implanted between his left thumb and index finger. Scan his hand with a smartphone and vital personal identification details appear.

The Vancouver resident says he lives life as an experiment – and the unconventional accessory was his initiation into a growing and global movement called "biohacking" that's taking root on the West Coast.

"I'm not scared about doing these things, to push myself forward," said the 42-year-old, who's been a futurist for two decades.

The silicon chip was inserted while Badminton was on stage in front of 120 people in June, 2014, in his bid to advance thinking about enhancing the capabilities of the human body.

That's what biohacking is all about, using shortcut methods to amp up muscles, minds and everything in between in the pursuit of building superhumans.

Biohacking activities range from mild, such as taking vitamin supplements, to more-invasive body augmentation with hardware, to extreme genetic modification.

Some people embed radio-frequency identification tags in their skin to unlock doors or secure the data on their laptops. A California man injected a chlorophyll-like substance into his eyes earlier this year and briefly gained night vision.

Sixty people turned out for a meeting last winter to support the creation of Vancouver's first lab, and membership has skyrocketed since the Open Science Network was incorporated as a non-profit society in June. The network convenes "burgeoning biological engineers" to discuss best practices, advances in related technology and market scope for new products.

Scott Pownall runs workshops at the lab teaching everyone from amateurs to courting couples how to manipulate DNA.

"They said, 'Oh, by the way, this is a date,'" he said. "Fabulous. Who would have thought to take their girlfriend to a biohacker to learn how to cut DNA – the ultimate!"

The Network is developing rigorous guidelines and already follows standard biosafety practices, Pownall said. He called concerns about the issue of bioterrorism "alarmist."

"That type of work would be very difficult for an individual," he said. "Definitely safety is an important thing, and for me it's important we don't cause problems in the environment."

He said he's worried that global competition in gene-editing technology could be stalled in North America by "reactionary" groups pressing for moratoriums.

For instance, a group of senior American biologists has urged a worldwide pause to allow deeper examinations on safety and ethical grounds. Nobel Prize winner David Baltimore, an author of their letter published in the journal Science, said scientists were speaking out to "keep people from doing anything crazy," according to the MIT Technology Review.

Jacoby disagrees: "If we push ourselves out a generation or two, and find that we're all half as intelligent as the engineered babies in China, well, we've lost the evolution race."

Those people willing to be human guinea pigs should be supported as a public force for steering future development – rather than domination by corporate business interests, he said.

Badminton said biohacking now is like Victorian-era experimentation that was the basis for modern medicine.

He predicts the emergence of countless beneficial inventions, such as GPS implants to track lost Alzheimer's patients or exoskeletons controlled by helmets with brain sensors that will replace wheelchairs.

Progress could take much longer, however, if the public relies solely on the sluggish, regulated medical establishment for advances, he argued. 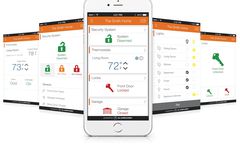