Wildlife officials in British Columbia are monitoring the spread of an external parasite that is taking a toll on the province's moose herd.

Some animals are so badly infested with winter ticks that they rub their hair off while scratching and become so drained of energy that they are unable to eat.

"Basically, a lot of moose die from starvation," said Dustin Walsh, a B.C. biologist conducting research to determine how widespread and dangerous the problem is. "By the time you come upon a dead moose, it has almost no body mass. The ticks draw that much blood."

Winter ticks are found on white-tailed deer, mule deer, bison and elk – but moose are their preferred meal. In mild cases of infestation, moose lose 5 to 25 per cent of their thick, dark winter coat. In severe cases, they lose 80 per cent or more.

"When you see a moose in that condition, it is quite a sight," Mr. Walsh said. "You kind of take a second look."

The parasites attach themselves to a moose in the fall and remain on the same animal until spring. A single moose can be covered with 100,000 winter ticks or more. They become more deadly during a harsh winter, sapping moose of the strength they need to navigate deep snow. Calves, which need to eat a lot to grow, are especially vulnerable.

"The harsher the winter, the harder it is on the animal," Mr. Walsh said.

Mr. Walsh is in the process of collecting data through a provincial moose winter-tick surveillance program that is now in its third year. The study incorporates information offered by wildlife managers, forestry and environmental consultants, members of First Nations communities and the general public.

In 2016, from Jan. 1 through April 30, 508 reports of moose observations were received as part of the program. Of those, 91 per cent came from three northern regions: Skeena, Omineca and Peace.

In the Peace region, 72 per cent of the moose observed during March and April, the peak infestation season, exhibited hair loss. Across the province, 61 per cent showed signs of hair loss caused by winter ticks. Hair loss is obvious when seen even from a distance, Mr. Walsh said.

By filling out a form and providing information, the general public can help Mr. Walsh and other biologists build a database and help them find ways to address the situation. Funding for the program is provided by the B.C. Ministry of Forests, Land and Natural Resource Operations.

"Nobody has ever looked at this problem like this," Mr. Walsh said. "Mostly, the evidence that has been gathered until now was anecdotal. We want to see what trends are like."

One possible solution is to do controlled burning in the early summer to kill ticks in areas that moose frequent. Mr. Walsh says he receives e-mails from people wondering if there is a way to vaccinate moose, but it is neither practical nor cost-effective. It would entail the use of helicopters and take too much labour.

There is no lack of interest from concerned citizens who love moose and see the animal as a Canadian symbol. Approximately 150 submissions have been received through the surveillance program this year, with the bulk expected over the next month and a half.

"It is our biggest game species, and an iconic animal," Mr. Walsh said. "There are moose in parts of Europe, but nobody has them like we do."

First documented in 1869 on two captive moose brought to New York from Newfoundland, winter ticks became a serious pest across Canada and in British Columbia over the next century. They were initially perceived to be a problem mostly in western Canada, but are now found throughout the country.

Moose infested with them do heavy self-grooming, rubbing and scratching due to the irritation. The abundance of ticks on a single moose can range from only a few to tens of thousands, with average tick numbers of 32,500 and severe cases of more than 100,000.

During moderate and severe infestations, moose suffer from a number of physiological problems that can also have behavioural implications. Problems include anemia, reduced fat, decreased time spent feeding, restlessness and excessive scratching that damages their dark winter coat.

Infestations increased during the winter of 2015-16, and another increase was expected this year, particularly in the Skeena and Omineca regions.

"I'd like to see more submissions from people," Mr. Walsh said. "As a biologist, I would like our moose population not to have these burdens. I'd like there to be a healthy population for generations to come."

Although the ticks are tiny when they attach themselves to a moose in the fall, winter ticks engorge themselves so much that they can become the size of a grape by this time of year. They pose no threat to people, but drive moose crazy.

"A moose that is heavily covered with ticks will go to bed down and crush them beneath their weight," Mr. Walsh said. "They can be carrying so many that there is blood spattered in the snow."

The irritation caused by the ticks literally drives moose out of the forest at times in search of relief and easier food choices. That often brings them closer to roads and cities and related dangers.

"I imagine myself covered with them and what it must be like," Mr. Walsh said. "You would be constantly bombarded and itching and scratching. It would be like having a really bad rash. You would never be comfortable." 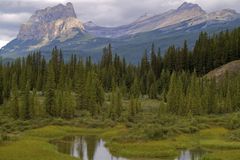