B.C.'s waxing and waning communities have a small group of people working to either preserve, restore or repurpose them, writes Mark Hume. 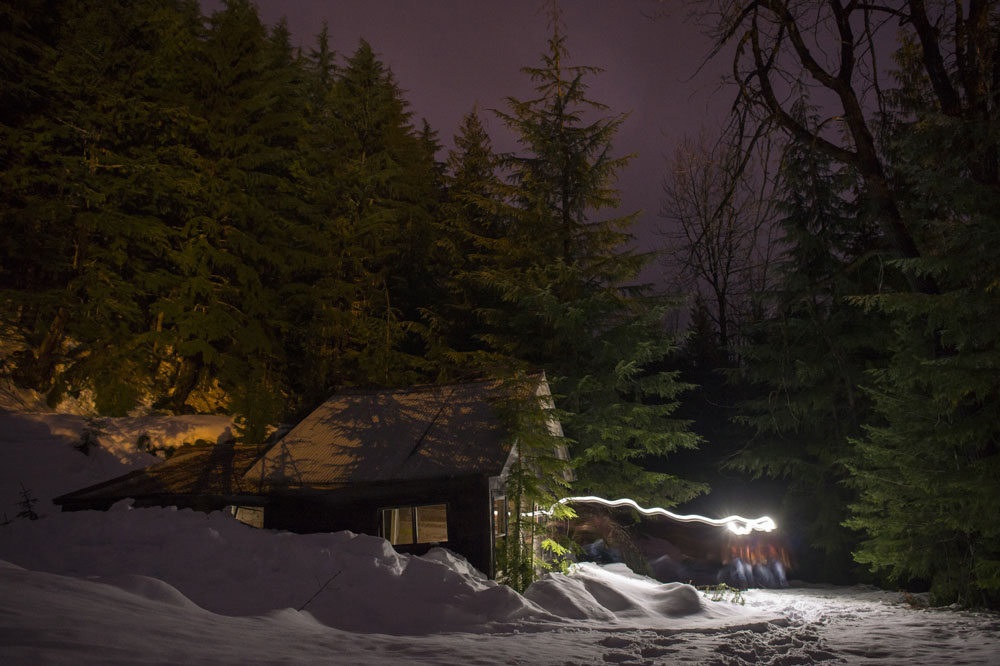 Hal Wright, the owner and caretaker of Sandon, B.C., makes his way into the mill manager's cabin Feb. 11, 2015. The cabin, like the rest of the town, was built around 1892 by mining prospectors. (John Lehmann / The Globe and Mail)

Not all ghost towns are dead. A few are kept alive by a handful of residents who refuse to quit or by entrepreneurs who have improbable dreams of resurrection.

But most have been erased by decay, and some of Canada’s history is crumbling with them, erasing memories of what happens when resources are exhausted, or market forces dramatically shift.

Canada has ghost towns from Anderson’s Cove on the south coast of Newfoundland to Forty Mile in Yukon, 500 kilometres northwest of Whitehorse. The West has a particularly rich history, with more than 70 ghost towns listed in Alberta alone.

British Columbia, where short-lived rushes for resources created more than 40 flourishing cities, including some that once rivalled San Francisco, may have lost the greatest legacy.

Watch: Sandon, B.C.: Tour of this rural ghost town with a rich past

Not a single building stands in what is now called the Lost City of Paris, for example, where the forest has grown over a mining community near Greenwood in southeast B.C. And Sandon, a boom town in the Kootenays that produced more than $30-billion worth of silver, lead and zinc, had 5,000 residents by 1898, but now has only five, including one who has an ambitious plan to restore it.

Only a few, such as Barkerville and Fort Steele (circa 1860) have been saved as historical sites.

Some see the disappearance of B.C.’s once-great towns as a form of cultural amnesia.

“When we lose our history, I think we lose our identity,” says Jennifer Brock, a rural realtor in the Thompson-Okanagan region who specializes in selling old buildings like the Greenwood Saloon (circa 1899).

As she travels the back roads of southeast B.C., she thinks about the heritage that is disappearing, cataloguing it in photos she posts on her Facebook page, BC Ghost Towns and Forgotten Places.

“When we lose our historical buildings, we lose that sense of community about where we were and what has happened,” she said.

“How can you take pride in being a Canadian, as an individual, as a citizen? How can you feel that you are part of the Canadian family if you don’t know where you’ve come from, if you don’t have any spiritual roots within your own country?” he says. 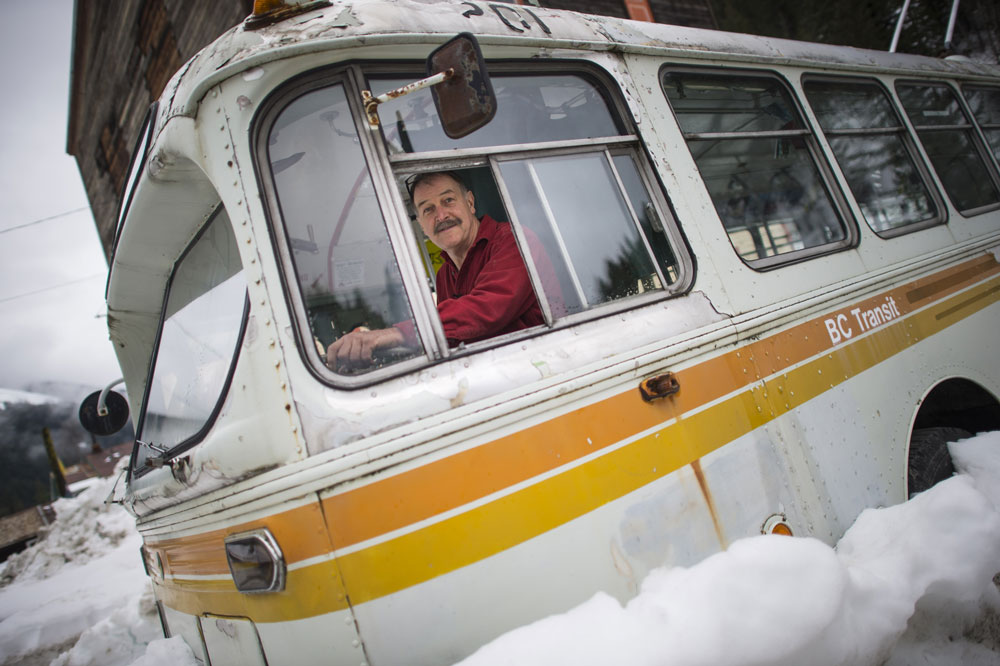 Mr. Wright came to Sandon about 50 years ago for a summer job and stayed. Now, he's one of the town's five residents and owns much of what is left, including a number of Vancouver city buses. (John Lehmann / The Globe and Mail)

From his home near Duncan on Vancouver Island, he can see the forested slopes of Mount Sicker, where a community sprang up in 1900 around copper mines.

“Two thousand residents . . . a school, a post office, two hotels, a railway, a tram-line, two smelters and a deep sea port at Crofton, all evolved from about a seven-year bubble up on the mountain. Go there today, not a living soul. Some foundations and stuff, but nothing of consequence,” he says.

About 20 kilometres west of Victoria is the site of Leechtown, which was founded 150 years ago near the headwaters of the Sooke River.

“Now there’s a ghost town,” Mr. Paterson says. Or rather, there was one. Until recently, the site had a few old log cabins, but now even they are gone, along with the last few residents.

“They had some old boys on pensions there panning for gold and basically living out their lives there. But as they died off, the [logging company that owns the land] bulldozed the shacks to discourage any further squatting . . . with the result that there’s not a living soul at Leechtown,” he said.

Mr. Paterson said he has tried to raise money to restore or protect old mining sites on Vancouver Island, but has found no government support.

He thinks the government is missing an opportunity not only to preserve B.C.’s heritage, but to create economic activity in remote areas.

“The number one tourism draw worldwide is what they call heritage tourism, i.e. old buildings, cemeteries, nostalgia. People go to Europe because of the historical ambience. We in Canada don’t understand that,” he said.

Some ghost towns have been kept alive, barely, by entrepreneurial dreams.

Bradian, a small former gold mining town north of Whistler (1930 to 1971) was recently bought (all 22 buildings) by a Chinese firm that plans to turn it into a wilderness recreation resort. The new owners did not return calls.

Ten years ago, Krish Suthanthiran bought the relatively modern ghost town of Kitsault, abandoned on B.C.’s North Coast in the 1970s, after reading about it in The Globe and Mail.

“There was a story about this town for sale and I fell in love with it, not strictly as a real estate investment, but what it could be potentially,” he said.

“My initial goal was to make it a conference and training centre,” said Mr. Suthanthiran, who owns medical companies. “Then about two years ago, I was in Kitsault and I saw the focus on energy [on the West Coast], and we began to pursue the energy options.”

Mr. Suthanthiran is exploring the possibility the town could be re-born as a terminus for liquefied natural gas pipelines.

Meanwhile, Ocean Falls, founded in the early 1900s, has been slowly crumbling since its mill closed in 1980.

“It’s not a ghost town, because there are still people living here. It’s getting close, but we’re not there yet,” said Ed Backman, who represents the Ocean Falls Improvement District. “In the winter, we are looking at about 25 [residents]. And in the summer it jumps up to maybe 60, 65.”

There is some economic activity because a power company has taken over the old mill’s hydro dam, BC Ferries stops in once a week, bringing tourists in the summer, and there is a fish farm nearby.

But the once-busy city is literally falling down around its residents. Mr. Backman said the Campbell River businessman who owns many of the decrepit and increasingly dangerous old buildings has not fixed them up, sold them or knocked them down.

Mr. Backman said residents are worried about the collapsing buildings, but generally like the place. That’s why they stay.

“There’s a few people that come in and they try it for a few months and it’s not their thing. Too quiet, too isolated, you know. So they move out and we get a couple more back in, they try it, some stay, some don’t.”

Hal Wright knows what that is like. He first visited Sandon about 50 years ago, when he had a summer job in the town, near New Denver in the Kootenays.

Now he owns much of what is left of it, and is one of its few residents. In the early 1990s, under the direction of Bill Barlee, who was then tourism minister, the NDP government made an effort to restore Sandon.

The project had just begun when Mr. Barlee was defeated, and the new government abandoned the plan.

“It was a terrible shame,” Mr. Wright says.

He has restored one of the mine’s eight hydro plants and hopes to sell enough power to BC Hydro to slowly rebuild the town.

Recently, the Sandon Historical Society restored an old brothel to its old glory (without the women).

Bill Lander, a realtor in Nelson, says he has had a lot of interest in the building, which is listed at $125,000.

“I’ve stayed there a couple of nights just for the fun of it. I didn’t notice any ghosts or anything,” he says.

Rudy Nielsen of Niho Land & Cattle Co. has sold four B.C. ghost towns over the years, and says there is always interest in them.

“I had Ferguson, Nashville and Sheep Creek,” Mr. Nielsen says.

The fourth ghost town was Kitsault, which he sold to Mr. Suthanthiran after being flooded by calls from interested parties.

“I’d say 80 per cent of those people [who called] wanted to buy it because they wanted to say they owned a town. That’s all they wanted . . . because you are the mayor, you are the chief of police, city council and you can do anything you want,” he said. “So there’ll always be a market for ghost towns.”

But Mr. Nielsen warns they are a vanishing resource.

“They are getting more rare all the time you know,” he says.