When Canada’s food safety agency announced a recall of B.C. oysters last August, it meant producers like Steve Pocock had to ensure every last oyster they had shipped after a certain date was accounted for.

Along with a recall – issued by the Canadian Food Inspection Agency (CFIA) after dozens of people got sick as a result of eating raw oysters contaminated with a bacterium called Vibrio parahaemolyticus – there was a ban on restaurants serving raw oysters from British Columbia.

The inconvenience and forgone sales added up to a big hit for Mr. Pocock and other producers in British Columbia’s oyster sector.

Over the past few months, they have been working to prevent a repeat scenario.

“The recall had a very serious impact on our industry – and it should be taken very seriously,” Mr. Pocock said in a recent interview. He owns and operates Sawmill Bay Shellfish and is also president of the BC Shellfish Grower’s Association.

“And I’m not just talking about the farmers; I’m talking about everyone right through to the server in the restaurant,” he added. 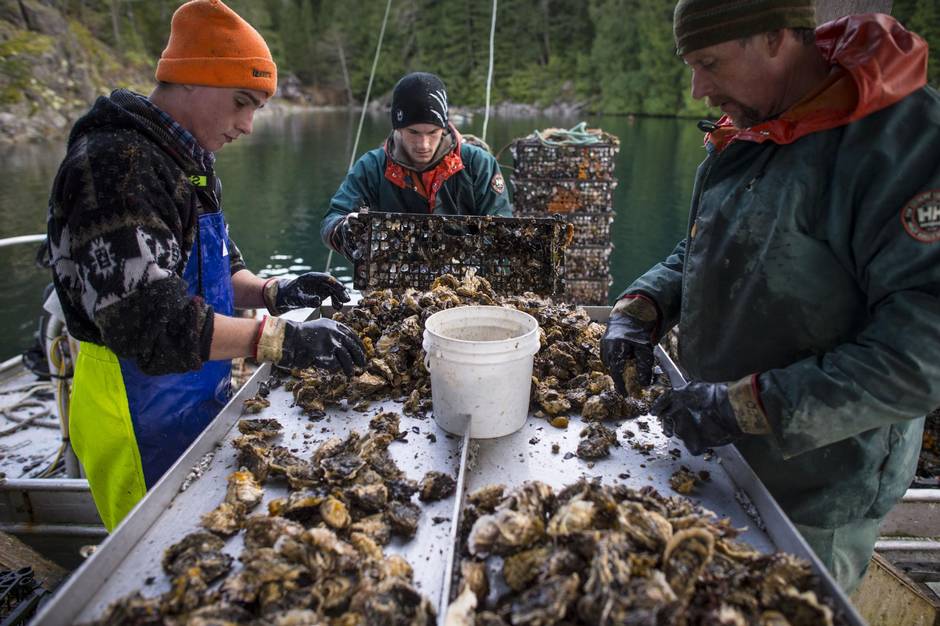 Oysters are harvested from Sawmill Bay in B.C. this past November. (John Lehmann/The Globe and Mail)

That group developed a prevention program for Vibrio, focusing on education, enhanced testing and improved communication between producers and government agencies.

On the education front, workshops for producers emphasized measures to control Vibrio, such as proper refrigeration during transport.

Vibrio is a bacterium that occurs naturally in shellfish such as oysters, clams and mussels and tends to flourish in summer months when water gets warmer. Cooking can kill the bacterium but people who eat Vibrio-contaminated shellfish raw can can get sick with symptoms including diarrhea, nausea and vomiting.

Symptoms usually go away without treatment. Last year’s Canadian Food Inspection Agency recall came after the BC Centre for Disease Control reported an unprecedented number of Vibrio cases in June and July, with most of those 35 cases linked to consumption of raw oysters “sourced in B.C. and served in restaurants,” the BCCDC said in a July 31 release. 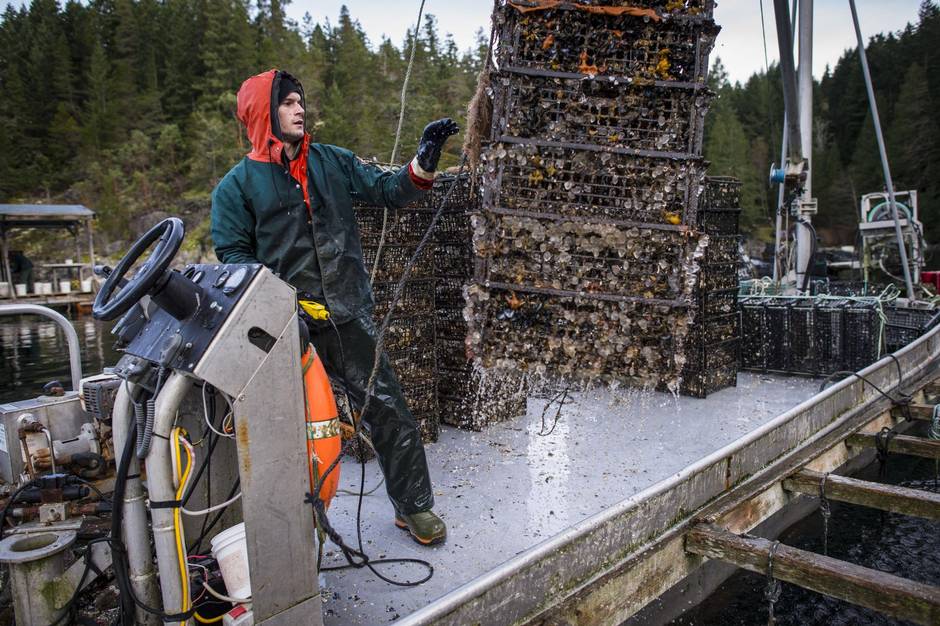 The Vancouver Coastal Health authority subsequently told restaurants to stop serving raw oysters from British Columbia. That ban, along with a similar warning from Fraser Health Authority, was lifted in September.

Oysters are routinely tested for Vibrio. As a result of last year’s recall, producers are taking more samples to prevent tainted oysters from getting to market.

And last week, the CFIA tightened its Vibrio guidelines, saying lower Vibrio thresholds introduced in October after last year’s recall would be expanded to apply to all live oysters, whether domestic or imported. (Previously, the more stringent requirements had applied only to B.C. oysters for raw consumption.) Health Canada is currently reviewing Vibrio data and guidelines could be amended again, the CFIA bulletin said. 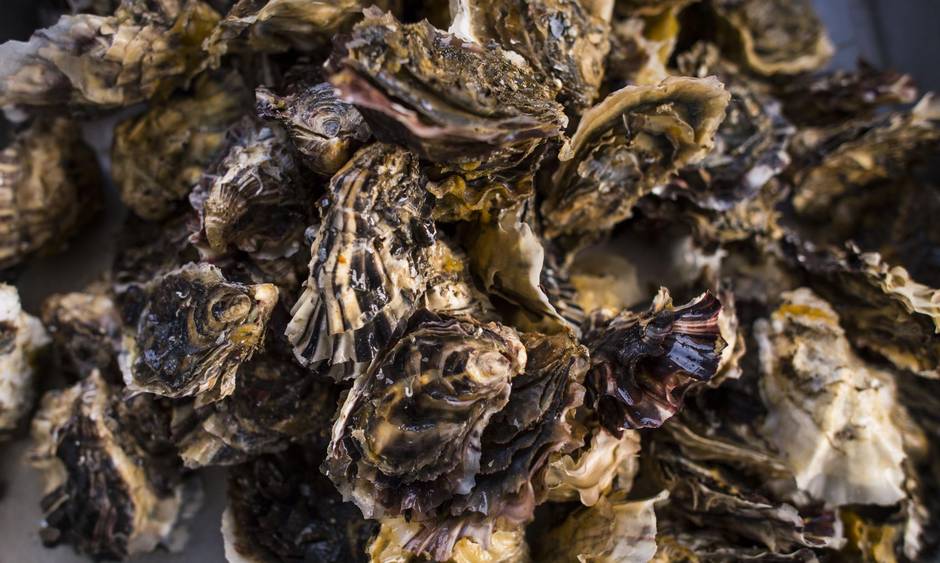 Oysters represent a relatively small chunk of British Columbia’s aquaculture sales – $13-million, compared with $380.4-million for salmon, according to a 2015 report by British Columbia’s Ministry of Agriculture – but are prized for their taste and local appeal.

“Shellfish are an important part of our business, and especially in the summertime, when patios are open, [oysters] go great with wine and it was disappointing we were unable to offer B.C. product for raw consumption,” said Guy Dean, vice-president of seafood distributor Albion Fisheries.

Mr. Dean said last year’s oyster ban, which ended in September, resulted in “tens of thousands of dollars in lost revenue” for Albion, although he declined to be more specific.

Vibrio is a recurring challenge in summer months. But there are concerns that rising ocean temperatures could make the bacteria more of a problem for producers. 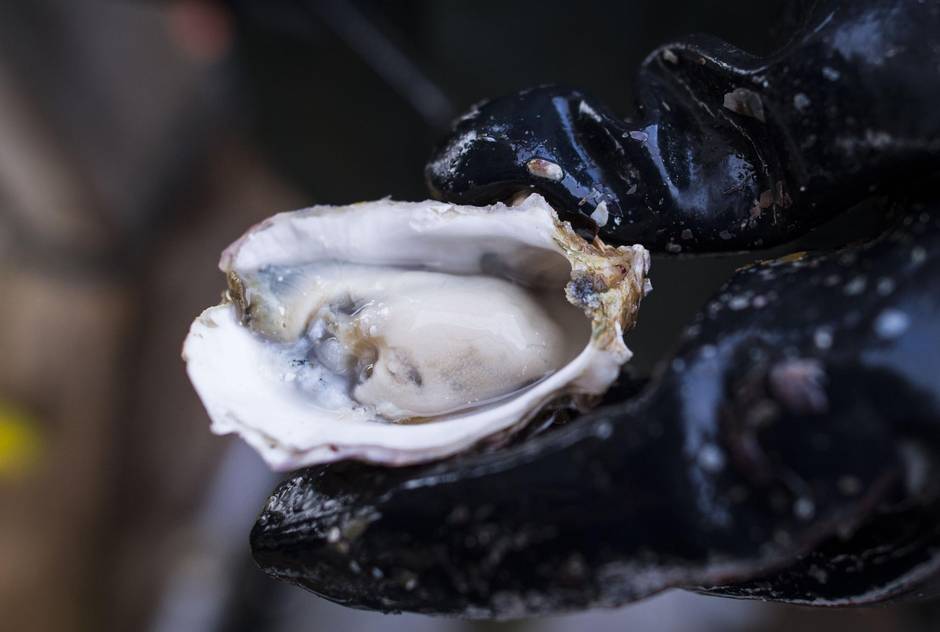 The working group has also come up with plans to require producers to report water temperatures when oysters are harvested.

“Between different agencies, there have been a lot of procedures and protocols being established,” said Brian Yip, general manager of Fanny Bay Oysters.

Fanny Bay already had extensive systems in place to track its product and to ensure oysters are kept cool, he said, adding that one issue that came up in the working group was the need for more monitoring at the consumer end of the chain, including restaurant cooks and servers.

“From the consumer point of view, they have to make sure the establishment they are going to is handling the product properly,” Mr. Yip said. “I think if everybody is cautious and careful, we should not have a repeat of last summer.”