Since last spring, the city of Burnaby has been trying to extract from Kinder Morgan a copy of their Emergency Response Plan.

In light of the company's proposal to expand the Trans Mountain oil pipeline and the Burnaby terminal, it sounds like a reasonable ask on behalf of the community that will be playing host if the expansion is approved.

But Kinder Morgan, which has watched its public-relations standing slide since the start of the National Energy Board application process, has dug in, insisting that the plans are confidential and should only be shared with relevant emergency responders.

Now Mayor Derek Corrigan, who has promised to stand in front of the bulldozers to stop the project, has gained an unexpected ally who just might be able to persuade the energy giant that sharing is good.

Last week, speaking on Kamloops radio station CHNL, the Premier indicated she has had enough.

It is enough to give the company pause, finally, about its strategy of stonewalling.

"We welcome working with the province to make sure their concerns are addressed," said Michael Davies, Kinder Morgan Canada's senior director of marine development, two days after Ms. Clark took the company to task.

Mr. Davies says the plans – including field guides with detailed maps showing where the shutoff valves are along the pipeline route from Edmonton to Burnaby, as well as separate strategies for the terminals, the dock and the pipeline – contain sensitive security details. "There are some elements of the plans that are not suitable to be filed publicly."

It is not information that is routinely made public by pipeline companies, he added, and the NEB has ruled in the company's favour.

But that is beside the point here, because the regulatory process is just one part of this application. Kinder Morgan, in its battle with Burnaby and coastal communities who oppose increased oil-tanker traffic, can certainly get approval from the NEB – just as Enbridge has with the proposed Northern Gateway oil pipeline – but in the process create insurmountable opposition in the public realm.

Mr. Corrigan believes the Premier is responding to the public's shift in attitude.

"There is one thing our provincial government won't ignore and that is politics. I may have my disagreements with them in terms of policy, but when it comes to politics, they have a master's degree and they are not going to ignore the way public opinion has been shifting rapidly against the pipeline project."

Within the range of B.C. politics, Ms. Clark and Mr. Corrigan are about as far apart as you can get. But the mayor said he is quite happy to welcome his new comrade-in-arms. "I'm thrilled and I hope there are more things we can agree upon. I would much prefer we were pulling in the same direction – we need all the help we can get."

Before he gets too comfortable, however, he would do well to remember that he and the Premier have a different end game in mind.

The Burnaby mayor wants the pipeline stopped. Ms. Clark is all about getting to 'yes' on major resource development, and she may be doing Kinder Morgan a favour. If the company is seen to be dragged through the coals by the province, and forced to make changes to address the Premier's demands, it will have a chance to demonstrate that it is responsive to public concerns. That's something that it has failed to do during the NEB process to date.

Mr. Davies acknowledged that the company has to show it is paying attention to the political reality, rather than focusing on the adversarial battle being waged inside the NEB process. "We have to respond to regulatory requirements that are put on us, and we also have to respond to public expectations," Mr. Davies said. "I don't think there is any way to divorce the two." 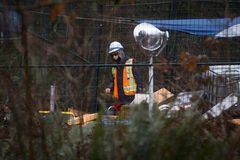 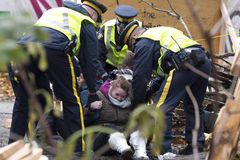