With the start of summer boating season in British Columbia's freshwater lakes, the annual game of chance begins: The provincial government is gambling that it can prevent any boats contaminated with invasive mussels from launching within its borders.

B.C. introduced its new mobile decontamination units on May 29, to check boats coming from other parts of North America for signs of quagga and zebra mussels. The rapidly reproducing invaders can hitchhike on boats, marine trailers and fishing gear. Once they have a foothold they choke out native species, clog infrastructure such as water intakes, and leave beaches littered with piercing shells.

The mussels are difficult to eradicate and they have been spreading across North America since they were first detected in the Great Lakes in 1988. They have now spread into Manitoba's Lake Winnipeg and across the United States all the way to California. Now the westernmost provinces are seeking to hold the line.

While Alberta is conducting thousands of boat inspections each year, there are concerns that British Columbia is relying too much on the efforts of its neighbours to stop the spread of the tiny, destructive species.

"It's a start, but it is not going to seal the borders," said Doug Findlater, chair of the Okanagan Basin Water Board. "We are playing Russian roulette."

The regional agency has spent millions of dollars trying to control another invasive species – Eurasian watermilfoil – and now says it will not take responsibility for the expense if quagga and zebra mussels make it into its waters.

The board calculates the annual cost of an infestation in the Okanagan alone would be $40-million for maintenance, lost property values and damage to the tourism and agriculture industries.

Mr. Findlater said the province expects local governments to absorb the costs of mitigation or treatment if the mussels make it into B.C. waters, as it has with the watermilfoil infestation. "The province is downloading responsibility and we don't think we should take that on," he said in an interview Sunday.

This spring, the provincial government announced an additional $1.3-million over three years to create three mobile inspection units, and to promote public education campaigns to encourage boaters to clean, drain and dry their boats to prevent contamination.

The province mostly relies on neighbouring jurisdictions to relay warnings of potentially contaminated watercraft that are travelling to B.C. Earlier this month, two boats that were being transported to B.C. lakes were intercepted and decontaminated after warnings from officials in Alberta and in Nevada. In 2014, 12 boats were intercepted in B.C.

Both the opposition NDP and the B.C. Chamber of Commerce have called on the province to put more resources into compulsory watercraft inspections at fixed checkpoints along the B.C. borders.

Internal ministry of environment documents obtained by the opposition New Democrats showed the risks are high, warning a mussel invasion could decimate the province's sockeye salmon and kokanee fisheries and do millions of dollars in damage to BC Hydro's dams.

The federal government has committed to a new system that will allow border guards to stop and inspect incoming watercraft. To seal the perimeter, the province would likely need five fixed checkpoints to monitor border traffic within Canada.

Caroline Grover, chief executive officer at the Kelowna Chamber of Commerce, has been leading the push for stronger measures to protect against invasive mussels. She said the province's new program, announced in March, is poorly planned and underfunded.

"Roving boat checks are highly inefficient," Ms. Grover said. She added the province is spending about $600,000 a year on the program, but should instead put the money into permanent inspection stations along the Alberta border, a measure she says would cost $5-million annually.

"The threat of infestation of mussels would be devastating to local economies like ours here in the Okanagan if the mussels were to spread to B.C.," she said. "The steps have not gone far enough, whatever money is spent now is critical insurance against the devastation of many of our economies."

Baby starfish offer hope for recovery as fatal disease spreads in Pacific
May 4, 2015 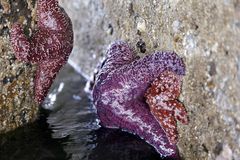 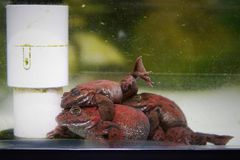 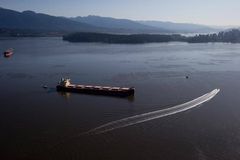