When Vince Grywacheski heard it would cost more than $4,500 for veterinary surgery to repair his dog Macy's injured leg, he decided to look for less expensive options.

That hunt led him from his home in Vancouver to nearby Bellingham, Wash., where he had the operation done for about $3,000 – a significant saving even after paying for gas, meals and a night in a hotel while he waited for Macy to recuperate.

"I went to Bellingham and got it done, all-inclusive for $3,000," said Mr. Grywacheski, who operates a dog-walking and training business. "It's still a good thousand-plus dollars that I came out ahead."

Macy, an eight-year-old Labrador cross, required surgery to repair an anterior cruciate ligament she injured last year. The injury is relatively common in some breeds of dogs, including Labradors. Mr. Grywacheski decided to book the surgery after Macy's condition failed to improve with time and exercise.

In doing so, he joined other Canadians in border regions who are looking to the United States for potential savings on veterinary surgery and other services, including dental care and vaccinations. It is impossible to say how widespread the practice is, as neither country monitors such spending. But with Canadians paying about $2.5-billion a year for veterinary services and another $3.7-billion for pet food last year, even a small shift south could have a significant impact on U.S. practitioners' bottom lines.

That fact is not lost on Mark Davis, a small-animal veterinary surgeon who operates in more than 20 clinics in Washington on a schedule that routinely takes him up and down the Interstate 5 highway.

This year, Dr. Davis's marketing efforts included sending fliers to B.C. clinics in an attempt to increase the number of referrals he gets from Canadian veterinarians.

"I thought we would see probably more of them [Canadian customers] because my counterparts in Canada charge significantly more," said Dr. Davis, who performed the surgery on Macy and said he has had a handful of Canadian clients in the past six months.

Dr. Davis said he usually charges about $3,000 for ACL repair, compared with what he understands are prices of $4,500 or more for the same procedure in Canada.

Asked what could account for the difference, Dr. Davis cites overhead costs for space, staff, equipment and medication as well as his streamlined approach, which minimizes time and costs.

"I know my counterparts up there [in Canada] are skilled surgeons and good doctors. … I have done more than 7,000 of these procedures, we're in and out of surgery pretty quickly," he said.

"I grew up in a border area and that [comparison shopping] goes on – for groceries, gas, appliances and services as well," Dr. Berry said. "What drives it usually is the economy. I can tell you that 10 years ago, nobody was cross-border shopping, and we had Americans coming here [to Canada]."

As is the case for humans, seeking health care for pets outside the country comes with risks – most notably, not being able to obtain timely follow-up care if it is required.

"If your animal reacts badly to a surgery, then who will look after it for you?" Dr. Berry said. "In a smaller centre, vets look after their own clients first."

One element of the prices charged for veterinary procedures is medications, which can be significantly more expensive in Canada. Even among Canadian vets, prices can vary widely.

The CVMA counsels pet owners to maintain an ongoing relationship with a veterinarian and emphasizes preventive health. Many of the conditions that afflict pets – including heart disease, diabetes and arthritis – are associated with poor diet and obesity. The group also recommends veterinary insurance.

Vancouver resident Hollie Williams took her dog to Bellingham for care more than a year ago after receiving an estimate of $3,000 for tests from a Vancouver clinic. She obtained them in the United States for $1,100, she said.

That dog died of cancer last year, but Ms. Williams is still getting routine care, including vaccinations and dental work, in Bellingham for Rhudie, her seven-year-old Schnauzer. The only paperwork required is proof of an up-to-date rabies vaccination. Dental cleaning costs about half of what she would pay in Vancouver, she said.

"I go to Bellingham anyway – it's not an inconvenience for me at all," she said. "You go to Trader Joe's, you go to Fairhaven for lunch and then you go to the vet – it's a nice day away." 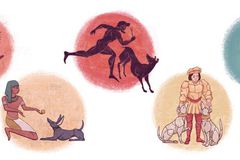 All bark and no bite: Why Quebec’s new animal breeding laws are useless
October 22, 2013 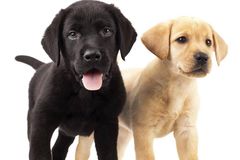