The city of Courtenay is banning canines from its park-like cemetery, where off-leash dogs have been fouling gravestones, flower arrangements – and even cremation ashes at a "scattering garden."

One city councillor laments the lack of social responsibility shown by dog owners.

"These aren't people who are paying respects. These are people who are using the cemetery as a dog run," Doug Hillian said. "Imagine how disconcerting it would be to find remains on remains."

The Courtenay Civic Cemetery is bordered by a highway and residential neighbourhoods on the town's outskirts. In the last five years, the Courtenay-Comox region, on Vancouver Island's east side, has grown by 10 per cent, with 65,000 people living in the area.

Dogs on leashes had been allowed in the cemetery but city staff often saw dogs running loose with owners nearby, Mr. Ward said. Because not all of the five-hectare cemetery is used, the remaining wide open spaces are inviting.

"This shows the erosion of discipline and respect, the 'me first' attitude," said Mr. Jangula, who spent 27 years as an RCMP officer.

Beyond the brazen lack of regard, he can't understand why people take their dogs to the cemetery for a freewheeling time when alternatives exist.

"We have a lot of areas where dogs can run off-leash. This isn't downtown Vancouver. There's 10 kilometres of wooded trails within two kilometres of the cemetery," he said.

While no individuals and their dogs have been collared, the city is livening up cemetery surveillance, Mr. Ward said. Animal control officers will be on patrol and a night security service has started.

Fines start at $200 for anyone caught in the cemetery with a dog at large.

Courtenay isn't the only place to be plagued by graveyard dogs. The nearby community of Cumberland has banned dogs from its cemetery.

And in Saskatoon, dogs were banned from Woodlawn Cemetery in 2006 after complaints that barking dogs had disrupted burial services, damaged graves and left smelly excrement.

Some cemeteries, like Vancouver's Mountain View Cemetery, allow dogs as long as they are leashed and dog droppings are removed.

It's the same at Royal Oak Burial Park, Saanich's municipal cemetery, where doggie-doo bag dispensers are located at the entrance and within the 55-hectare cemetery.

At Royal Oak, off-leash dogs weren't a problem until about the mid-1990s, when there seemed to be an attitude change, said Royal Oak's executive director Stephen Olson.

Up to then people who lived nearby, and others who drove specifically to walk at Royal Oak, were happy to ramble throughout the rolling landscape with their leashed companions.

"Then some began to view it as a park for their personal use. It's mind-boggling to me," Mr. Olson said.

He even encountered two middle-aged men on a Saturday morning who were driving golf balls off one section of the cemetery.

"They had no excuse," Mr. Olson said. "They didn't expect to get caught."

As for scofflaw dog owners, they usually don't argue, but a common response is that the rules don't apply to them because their dog is perfect, Mr. Olson said.

Back in Courtenay, Mr. Ward is hopeful that stepped-up cemetery supervision and the threat of fines will trigger compliance in Courtenay's pooch-free cemetery.

Enforcement of rules for dogs in Vancouver parks to be stepped up
January 5, 2012 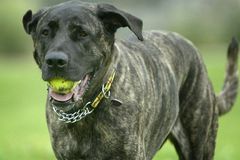 Battle between Vancouver’s dog-owners and non-owners heating up
August 12, 2011
Town to change bylaw after Rottweilers kill small dog
May 11, 2011 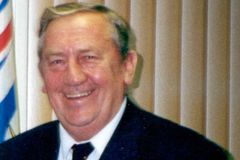 Dog on the loose - fly away goose
March 8, 2011
Follow us on Twitter @GlobeBC Opens in a new window
Report an error Editorial code of conduct
Due to technical reasons, we have temporarily removed commenting from our articles. We hope to have this fixed soon. Thank you for your patience. If you are looking to give feedback on our new site, please send it along to feedback@globeandmail.com. If you want to write a letter to the editor, please forward to letters@globeandmail.com.
Comments