Canada's foremost cannabis academic says a new independent body is needed to organize and prioritize the diverse array of research on the drug as the country gets set to become the world's largest case study on the dangers – and potential benefits – of legalization.

About six months out from making cannabis legal, Ottawa is turning to creative solutions and gearing up funding for independent research to help fill in the considerable knowledge gaps surrounding the way the substance affects individual users and society as a whole.

Across the country, cannabis research is being funded by the federal government through grants awarded by three councils. In addition, charities such as The Arthritis Society and companies such as the licensed medical growers and Shopper's Drug Mart are also funding research.

Last month, McMaster announced the creation of a new multidisciplinary centre for cannabis research in partnership with a local health authority to focus on medical studies. And in the past year, the government-funded Canadian Institutes of Health Research (CIHR) council has invited top-level academics to informal roundtables on cannabis.

But a national body is needed to organize and prioritize this diverse array of work so that key objectives are realized and resources are streamlined, says Mark Ware, a McGill pain researcher and vice-chair of last year's federal panel on cannabis legalization.

"It would be a shame if it turns out there are five labs across the country all working on the same thing," said Dr. Ware, who has been part of a consortium of cannabis researchers that have met periodically over the past few years. "We have limited personnel, limited expertise, limited funding.

"What's missing is a kind of connector."

A well-funded, independent organization for cannabis research could begin tackling the most pressing issues, he says, such as determining some kind of standard unit of measurement for the drug.

"There is not really a dose: One gram of 10-per-cent THC is different if you vape it or smoke it or use it in an oil – there's still another level that we need to get to," he said. "This is not just a Canadian issue, this is a global question."

A new body could craft a consensus that would create a new global standard, he said.

A representative for Health Minister Ginette Petitpas Taylor said there are no plans to create such an organization and that a wide breadth of cannabis studies are being properly directed through the country's three research councils.

In response to a call for more independent cannabis research, the CIHR is set to award 10 grants next month of up to $100,000 for year-long independent projects, with the money becoming available March 1, 2018. CIHR has approved $6.8-million in funding for 15 different cannabis projects since the start of last year.

Critics say the new round of studies are likely already too late to collect meaningful data before the summer.

Rebecca Jesseman, senior policy adviser at the government-funded Canadian Centre on Substance Abuse, said her organization has held panels to try to connect researchers from a wide variety of cannabis projects, but there are many players in the field. The arms-length organization, which was criticized last year in a Health Canada review for its reluctance to embrace the harm-reduction approach to illicit substances, is now in the planning stages of formalizing its role as an organizing force for cannabis research, she said.

"There is just so much happening across the board, so the momentum – in terms of everybody trying to move forward – is certainly there," she said.

"We have some ideas in the hopper about how we can go forward in a more formal way but they're still in the planning stage and we're working on the final details."

There are dozens of continuing cannabis studies researching everything from how parents should talk to their teens about the drug to how our body's internal cannabinoid system functions.

Here is a small sample of some of these projects.

Marijuana legalization: Impact on prevalence and risk behaviours among youth and young adults in Canada

Where University of Waterloo

$100,000 from the Canadian Institutes of Health Research

The study will examine the extent to which legalization is associated with changes in five primary outcomes, including patterns of use, risk behaviours and the commercial environment.

Researchers will study mice to see whether they can inhibit an enzyme in the brain that can lead to malfunction in the regulation of dopamine and cause psychosis. That enzyme also impairs the production of one of the body's own cannabis-like compounds, leading to further problematic brain activity.

Where Baycrest Centre for Geriatric Care in Toronto

Researchers will study schizophrenia-related genes and cannabis use during adolescence in a group of 1,000 young men and women recruited and assessed as teenagers about 10 years ago. The study involves repeated assessments of their brains, mental health and substance use, and their genes.

$25,000 from the Natural Sciences and Engineering Research Council of Canada

Researchers will collaborate with Victoria-based Green Sky Labs to study the potential of anti-microbial peptides as alternatives to pesticides for the control of fungal and bacterial pathogens of medical cannabis. 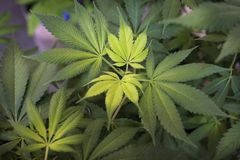 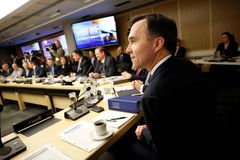