A former RCMP spokesman who became the face of the Mounties in the early days of the Robert Dziekanski story, only to face allegations that he and the force misled the public about what happened during the Polish immigrant's fatal confrontation with police, has died by suicide, the B.C. Coroners Service confirmed Thursday.

Pierre Lemaitre died on July 29 after he was found hanging in his home in Abbotsford, the coroner's service said in a news release. Emergency personnel attended Lemaitre's home, but could not resuscitate him.

"The B.C. Coroners Service expresses its sincere condolences to the family, friends and colleagues of Mr. Lemaitre," said the news release, which indicated Lemaitre's family had asked for privacy.

Most recently, Lemaitre was posted to the RCMP's traffic services division.

Lemaitre was the officer in charge of RCMP media relations in the British Columbia when, in the early hours of Oct. 14, 2007, reports first surfaced that a man had died after he was stunned with a Taser at Vancouver's airport.

Lemaitre's initial accounts described a distraught man who was "behaving irrationally," and he said RCMP officers only resorted to the Taser to "immobilize the violent man," who Lemaitre said fought through the effects of the stun gun after falling to the ground.

He repeatedly described Dziekanski as "combative" and at one point said during an interview with the CBC that there was no video camera in that area of the airport.

Lemaitre also said Dziekanski was only stunned twice, though it emerged later that the Taser had been deployed five times.

It turned out that there was a video, shot by a traveller, and that Lemaitre had watched portions of the video before issuing the first news release detailing the in-custody death, the Braidwood inquiry into Dziekanski's death heard.

When the video emerged a month later, it appeared to contradict the official accounts from the RCMP.

While Dziekanski was, indeed, seen throwing furniture and yelling in the international arrivals terminal, on the video he appeared relatively calm when the RCMP officers arrived, with his hands at his side.

By the time the video became public, Lemaitre was no longer handling media inquiries about the incident. Those duties had been transferred to a spokesperson for the region's homicide unit two days after Dziekanski's death.

The case fuelled a national debate about Taser use and led to the two-part public inquiry that examined the stun guns and the specific circumstances around Dziekanski's death.

Lemaitre testified at the inquiry in the spring of 2009, telling the hearings he was simply relaying what Cpl. Dale Carr, who handled media relations for the region's homicide unit, had told him.

Carr, in turn, said he couldn't recall what information Lemaitre got from him and what he may have heard during briefings with investigators.

Carr acknowledged at the inquiry that he recognized errors in what Lemaitre had told the media almost immediately, but he also told the inquiry he was ordered by his superiors not to correct the record, on the grounds that the RCMP should not be discussing evidence.

Braidwood rejected allegations at the inquiry that either Lemaitre or Carr purposely attempted to mislead the public.

Instead, retired appeal court justice Thomas Braidwood said in his final report that Lemaitre appeared to be doing his best to inform the public about an investigation that was in its early stages and had yet to determine all of the facts.

Braidwood wrote that he was "impressed" with Lemaitre and Carr for what he described as an "exceptionally prompt response," and he concluded that Lemaitre was not aware that some of the information he was releasing to the public was incorrect.

"In my view, a well-intentioned desire to inform the public about what had happened at the airport pre-empted the equally important goal of accuracy," Braidwood wrote.

"While I do not fault Sgt. Lemaitre for conveying to the public information about the incident that had been approved for release, in hindsight, it would have been preferable to avoid any detailed discussion of the circumstances at that early stage in the investigation."

Following the testimony of Lemaitre and Carr, another RCMP spokesman, Sgt. Tim Shields, who is now an inspector, issued a formal apology for the misinformation that followed Dziekanski's death. Carr also issued his own apology.

The RCMP declined to comment on Lemaitre's death or the coroner's findings on Thursday.

"Out of respect for Sgt. Lemaitre's years of service and commitment and his family's privacy, we're really not in a position to comment any further about his untimely passing," Sgt. Peter Thiessen said in a brief interview.

The inquiry prompted the B.C. and federal governments to adopt new rules on Taser use, and was a driving force behind the creation of an independent agency that now investigates allegations involving the police.

The four officers involved in Dziekanski's death were later charged with perjury for their testimony at the inquiry, specifically when they attempted to explain discrepancies between what can be seen on the video and what they initially wrote in their notes and told investigations.

One of the officers, Const. Bill Bentley, was acquitted late last month of the perjury charge. The remaining three are still awaiting trial. 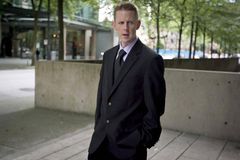 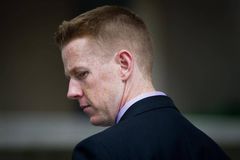 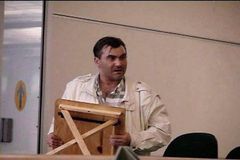 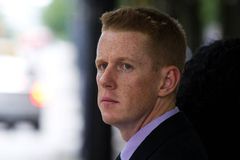